R&A sanctioned event attracts a full field of budding golfers from across the continent for another sensational week of junior golf at Amendoeira Golf Resort.
The Oceanico World Golf Kids Championship returned to Amendoeira Golf Resort for the ninth consecutive year last week, where 136 of the world’s most promising young golfers enjoyed a fun-filled competition and the chance to experience life as a tour professional.
Sanctioned by The R&A and with World Amateur Golf Ranking points on offer, the event attracted some of Europe’s finest young golfers to the Algarve venue to test themselves over the Faldo and O’Connor Jnr courses. The former was recently named Portugal’s Best Golf Course at the World Golf Awards.

Played over three rounds, the competition reached a climax on Friday, as Englishman Cavan Mallon finished with a 2 over par 74 to take the Under 18s Championship, whilst Margaux Catafort Silva won the Girls Under 18s Championship. For a full list of results for all age categories, visit http://www.amendoeiraresort.com/tournaments/oceanico-world-kids-golf/.

With a giant leaderboard, post round interviews in the media centre with Portugal’s pre-eminent press officer Hugo Ribeiro, and the added pressure of playing in front of the TV cameras, with the event set to be broadcast on Sky Sports later this year, the 9th Oceanico World Kids Golf Championship was once again far from your average junior golf tournament.

Oceanico Group Chairman, Chris Howell said of the event: “It’s inclusive. It’s something the whole family can enjoy, but with the prime focus on the kids. It’s more than just a golf tournament. By the end of the week, everybody has become part of Amendoeira.

“Golf isn’t just about the major professional tours, it’s about investing in young kids. Investing in a tournament dedicated to youngsters means they get to feel what it could be like in the future, and allows them to experience playing in a professionally organised event.”

“Planning is already underway for the 10th year of the Oceanico World Kids Golf Championship in 2018 and we look forward to welcoming another full field of youngsters to celebrate this significant milestone with us.”

With the competition in full swing from Tuesday, parents and relatives of the players were afforded the opportunity to sample the wider Amendoeira Golf Resort, its stunning surroundings and world-class facilities, including its tennis and football academy, often frequented by some of the world’s most prominent sporting teams.

For those in search of a more relaxing few days, Amendoeira’s many swimming pools around the resort provided ample means for entertainment away from Amendoeira’s sporting offerings. The unique Par 3 Academy Course, the only floodlit stretch of golf in Portugal, acted as the perfect stage for the Inaugural Par 3 Roll-Up on Thursday night, and offered competitors and their families the chance to experience night golf in the Algarve.

Next year sees the 10th Anniversary of the Oceanico World Kids Championship, for which entries are already open.

For more information on booking your place at the unique championship, please visit: http://www.amendoeiraresort.com/tournaments/oceanico-world-kids-golf/. 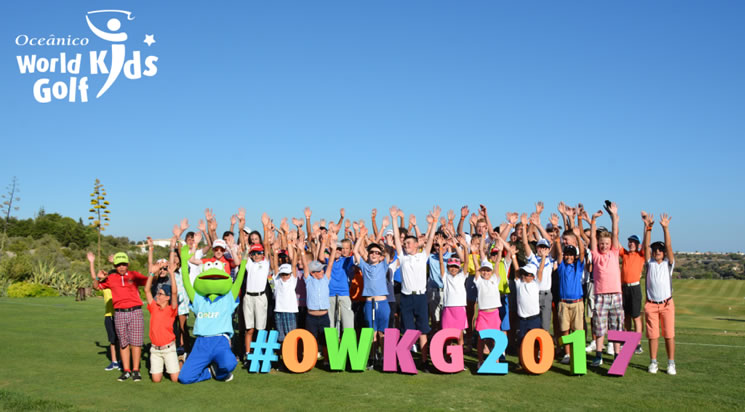