A busy year of events for the resort culminates in successful hosting of the inaugural EuroPro Tour Championship and prestigious awards for leading Algarve destination
Amendoeira Golf Resort is celebrating a landmark season in its nine-year history as the recipient of two prestigious awards in recent weeks, closely following the climax of a calendar of prominent events in 2017.
First up for the Portuguese resort were the Travel & Hospitality Awards in October, where Amendoeira was recognised as the Algarve Resort of the Year, beating off stiff competition in one of Europe’s most-visited and competitive destinations. This was closely followed by further success at the Luxury Travel Group Awards, held on 6th November at London’s Waldorf Astoria Hotel, as Amendoeira scooped the Luxury Hotel & Golf Resort of the Year title.

These accolades were collected just a matter of weeks following the conclusion of the first ever Race to Amendoeira Tour Championship, where five golfers grasped the chance of a lifetime, and a leap onto the next tier of professional golf in Europe, the Challenge Tour. 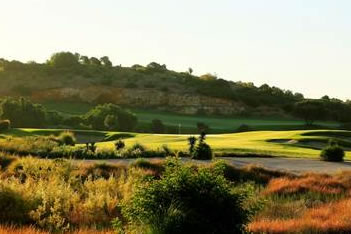 In addition to hosting the 9th edition of the Oceanico World Kids Golf Championship in June, the inaugural season finale of the PGA EuroPro Tour season at Amendoeira has further established the Portuguese resort as a hub for nurturing the game’s most exciting and brightest future talent.

Played over both the Oceanico Faldo and O’Connor Jnr Courses, the Oceanico World Kids Golf Championship inspires future generations of golfing stars, and has been described as ‘the closest thing to a European Tour event for kids’.

Aside from golf, Amendoeira and its extensive sporting facilities have played host to some of the most prominent football teams in the world. This year saw Holland’s most decorated football team, Ajax take full advantage of the Amendoeira Sports Academy, who used the resort as a base for some winter-break training at the start of the year.

Chairman of Oceanico Group, Chris Howell, said of the recent accolades, and the year as a whole: “It really has been a great year for Amendoeira, in which the Oceanico World Kids Golf Championship and Race to Amendoeira Tour Championship have demonstrated to a global television audience how well suited the resort is to hosting events of significant magnitude. The awards we have received in recent weeks are further testament of the quality of the resort and well deserved for all of the hard work our team has put in over the last 12 months.”