In the inaugural stage of the 2022 World Surf League Championship Tour, Frederico Morais has said goodbye to the Pro Pipeline, after being eliminated in the 3rd round of the Hawaiian event.

He ended his participation in 17th place.

Despite the defeat, the 30-year-old Portuguese surfer equaled the best performance of his career on the mythical Hawaiian wave, after having also managed to reach round 3 last year. However, Frederico's performance ended on Tuesday, after the defeat against Costa Rican rookie Carlos Muñoz. 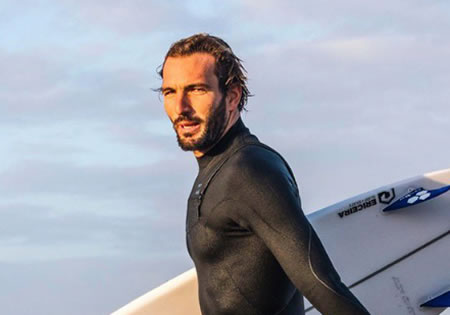 Heat 7 of round 3, the equivalent of the round of 16, pitted Frederico Morais and the surfer who was called at the last minute to replace him in Tokyo'2020, but who ended up not arriving in time for the competition. With the overlapping heats system in place, the first half of the drums ended up having a low tempo.

Kikas (Frederico Morais) and Muñoz tried spaces to find value scores, but to no avail. Still, the Costa Rican managed to get ahead in the heat with a well-traded tube, scoring 6.77 points. Frederico took priority at the start of the second half of the heat, but ended up making a mistake in choosing waves, entering a wave with no potential.

More connected with the sea “Carlitos” Muñoz took advantage of Frederico's cue to put another wave to count, 5.60, adding the 12.37 points with which he would finish the heat. Meanwhile, Kikas was trying to counteract the Costa Rican's dominance, but without finding tubes of real potential.

The best wave of the Portuguese surfer ended up appearing in the final stretch, with a tube to Backdoor, which earned him 4 points. But there was no time for more. This after Muñoz got injured paddling into a wave and didn't even compete in the final minutes of the heat. Kikas' 7.43 points were insufficient to overcome the opponent's performance.

Frederico Morais will remain in Hawaii, as the second stage of the world surfing circuit takes place again on the island of Oahu, but on the Sunset wave, from the 11th to the 23rd of February. A wave that brings good memories to Kikas, who achieved great results there on the WQS circuit, and which is one of the novelties of the calendar for 2022.