Big decision while we’re all at home – what to watch today and diarise for tomorrow’s viewing. Stream sticks introduce a whole new dimension, including the very latest hits. Are regular trips to the big-screen cinema a thing of the past now that small screens are the first choice…

Streaming TV off the internet is a lifeline for people living or holidaying in the Algarve. Nowadays you can watch the latest movies, keep up with new sitcoms or just get your soap fix simply by logging on. About three in five British adults now regard online services to be their main way of viewing TV and film, and more than half of UK households now subscribe to at least one online service.

Young people in particular are watching TV on their smartphones or laptops, but there is a backlash in favour of the traditional TV set which is bigger (often much bigger) brighter and provides a communal experience that watching on a phone cannot rival.
The latest ‘smart’ TVs have what are effectively computers built-in, so they can log on to the domestic wifi network and connect to streaming services directly. They are optimised for video streaming plus a little light browsing and even email, though why anyone would want to read their messages on a big screen a long way away is beyond me. And writing emails usually involves moving from letter to letter using the arrows on your remote, which is boring beyond belief.

Every brand is doing it
Each of the major TV brands has its own smart system. Samsung’s Tizen and LG’s WebOS are discreet and slick, giving access to all the usual channels in a very easy way.
Android TV is, as you might expect, derived from the mobile phone operating system and is used by Sony, Philips and TCL branded TVs. It’s big drawback is that the home screen takes over the whole TV screen. In addition, it does not support some of the key UK catch-up TV platforms. Possibly the easiest-to-use smart TV operating system is Panasonic’s smart system. It is based on icons at the bottom of the screen giving access to the various apps, and you can add more apps when you subscribe to more services. 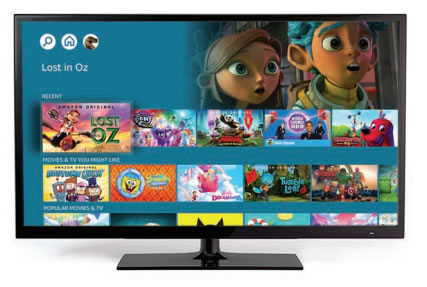 If you want to connect your existing TV to the internet, a cheap and easy way to do it is with a streaming stick that plugs into one of the HDMI ports.
Streaming sticks are Wi-fi enabled - logging on to your home network is simple. They also come with their own remote controls, but as they can often be set to control all the other functions of the telly including on/off and the volume, the remote could replace all the other ones cluttering up your sofa.
The main streaming sticks come from Amazon, NowTV, Roku, Apple TV and Google. All work in different ways and offer different services so it is important to choose correctly (though it has to be said that if you want to mix and match, you can get two sticks and plug them both in to get the range of services you want.)

The Amazon Fire TV Stick range starts with a simple stick at a mere €59, which connects to HD TV streaming services and that is about it, though it does include a bit of storage for offline use. At the top of the range is the Fire TV Cube, which can download 4K images and includes Alexa so you can control the telly by the power of your voice. It costs €123.99, but as its speakers will dramatically improve the sound quality of your standard TV set it is well worth while.
The Amazon streaming service includes all the big options such as Netflix, Disney and YouTube, plus an enormous range of movies to rent and buy from Amazon Prime.
The NowTV stick is currently the only way to access catch-up content from Sky channels, so if you want to watch Sky channels it is your only option. It is also a bit slow and has a very small range of apps.
The Roku Streaming Stick (€57.99) is a neat system giving easy access to a wealth of free, ad- supported content and paid for content. Roku has just launched a new UK channel called The Roku Channel in the UK features a selection of popular global and British TV series, including titles such as Homes Under the Hammer, The Commander, and Britain’s Best Bakery, alongside Hollywood hits such as Get Carter, The Wicker Man and Les Miserables.

Getting commercial
“With The Roku Channel we are making it easy for consumers to find great free entertainment and provide additional value to Roku users, NOW TV device holders and Sky Q customers,” said Rob Holmes, Vice President of Programming at Roku. “Ad-supported viewing is one of the fastest growing categories on our platform and we are excited to meet the consumer demand for free TV.”
Roku was one of the first streaming sticks, and they have assiduously signed up most of the streaming services from round the world since they launched including channels such as Rakuten and lots of specialist channels for genres such as anime. A handy feature is a price comparison for movies available on several services, so you can choose the cheapest option. It certainly makes the buy/rent decision easier.
One of my personal favourite devices is also one of the simplest and cheapest - the Google Chromecast from €39.99).
Looking a bit like a puck on a rope, it plugs into an HDMI port with a flexible cable so it does not stick out in a way that can conflict with other devices, like all its rivals. Also unlike its rivals, it does not connect to any channels on the web but via your wifi network to a smartphone or tablet.
When linked up, control is passed to your smartphone or tablet. When you run a Chromecast- compatible app such as BBC iPlayer, All4, Neflix, Rakuten and many more, a little box appears in the top right hand corner of the screen. Click on it, and it offers the option of connecting to the Chromecast. Then the movie or video or game appears on the big screen.
This ability to ‘cast’ from almost any app on your phone or tablet is a big plus and a negative. It means that your device will be filled with a load of streaming apps. But if you are under 30 you will be watching them all on your mobile in bed or on the train so it won’t matter anyway.
It is a bit of trick really - it looks as though the material is being played on the phone or tablet and magically ‘cast’ to the TV, but in fact the material is being streamed directly from the internet to the TV with no intervention by the phone - all it does is allow you to control the process.

Another nice feature is that when you aren’t casting a random selection of beautiful photos is sent to the screen. Worth watching in its own right, though a few captions would not go amiss.

Article by kind permission of AlgarvePLUS Magazine - CLICK HERE to read the complete May 2020 issue.