On my way to the Douro the other day, I stopped off in Vila Nova de Gaia to check out the site of Europe’s most ambitious wine cultural project, the World of Wine. The brain child of The Fladgate Partnership CEO, Adrien Bridge, World of Wine will open in June 2020.

Vila Nova de Gaia is the Porto ‘suburb’ home to the port lodges whose red-roofed cellars face the city of Porto like so many rows of vines in the autumn. It is here that port wines have traditionally been aged after being carried down the racing waters of the River Douro in flat bottom boats known as rabelos.

Adrien Bridge, a former British Guard’s officer and investment banker, is the man responsible for The Fladgate Partnership’s highly successful diversification from port wines – the company owns a portfolio of prestigious brands such as Taylor’s, Croft and Fonseca - into the luxury hotel business.

The star of the company is the spectacular Yeatman Hotel, a luxury wine hotel which cascades elegantly down the slopes of Vila Nova de Gaia, like a hillside of terraced vineyards in the Douro. Offering unrivaled views across the River Douro to the city of Porto, the Yeatman boasts a Michelin 2-star restaurant directed by the Portuguese chef Ricardo Costa.

All these achievements pale, however, beside the scale of Bridge’s new project. The World of Wine, or WOW to call it by its cheeky acronym, will be Porto’s largest tourism project and Europe’s most exciting wine and culture centre. Between 80 and 100 million euros are going to be invested to transform  a 7-hectare site of old warehouses owned by Fladgate into a series of contextural wine experiences.

It is projected that between 560,000 and 1 million visitors each year will visit the Wine Experience, the Cork Experience, Porto Through the Ages, Fashion & Design, and the History of Drinking Vessels. The World of Wine will also include a Wine School, intended to be the best of its kind in Portugal; a myriad of mouth-watering restaurants and cafés and, of course, a Wine Bar; a space for events as well as various shops to showcase traditional Portuguese artefacts. Understandably reserving a special place for Port, WOW will also be the venue in Portugal to learn about and taste Portuguese wines.

Porto is already surfing high on a wave of popularity among international hipsters and wine lovers. If the World of Wine project turns out to be as imaginative and creative as it sounds, Porto will indeed be a blessed city. WOW is likely to bring considerable collateral benefits in terms of job creation and spending on tourism.

The challenge will be to balance quality with the large numbers of visitors expected. In recent years, many museums around the world have shown that this can be done and The Fladgate Partnership may feel inspired to use some of them as benchmarks. I will be keeping you updated on the project’s progress. 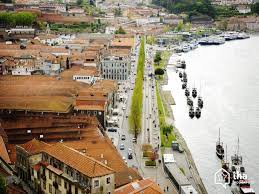