Reasons to Add the Channel Islands on Your Bucket List

People simply love to travel. Traveling is something that broadens your horizons and makes you understand other cultures and nations. We are usually captivated by big historical cities which are usually too expensive, and they do not meet our expectations.

The Channel Islands are a great example of how a not-so-known destination can offer great relaxation and comfort. Here are some reasons why you should add these islands to your list of countries to visit.

The English Channel Islands, also known as the French Îles Normandes or Anglo-Normandes, are an archipelago located 80 miles (130 kilometers) south of the English coast, west of France's Cotentin peninsula, and near the mouth of the Gulf of Saint-Malo. The islands have been dependents of the British crown since the Norman Conquest in 1066, when they were part of the duchy of Normandy (and not legally part of the United Kingdom). Jersey, Guernsey, Alderney, and Sark are the four main islands, plus smaller islets and a maze of rocks and reefs.

They are divided into two independent bailiwicks, Guernsey and Jersey, with different constitutions, and are managed according to local laws and customs. Until 1953, when the International Court of Justice recognized British sovereignty, the last two were the subject of a long-running dispute between England and France. The controversy resurfaced in the late twentieth century, as the sovereignty of these islands influences the allocation of rights to the continental shelf's economic growth (particularly, petroleum)

The area is nine and a half miles long by five miles wide. Jersey is a size of a football field. You could believe it's not a big deal, however, you'd be mistaken. The island is a combination of English reserve and French savoir-faire, with metropolitan harbors and timeless secluded valleys, continental flair, and comfortingly familiar vistas. Jersey's various attractions and natural beauty make it a perfect location and some top things to do in Jersey include: short breaks, romantic weekends, adventurous adventures, culinary retreats, and family summer vacations. Jersey has a wealth of things to see and do, from beautiful hikes to heritage festivals, magnificent beaches, and delectable local products. It truly is the ideal island getaway. Jersey has a plethora of outdoor activities for people who want to be active. If you'd rather take a break from your daily routine, why not book a luxury spa getaway in Jersey? Jersey also has a plethora of award-winning attractions and places to explore, such as majestic castles, moving battle tunnels, interesting animals, and thrilling adventure parks.

The sunny (well, relatively speaking) island of Guernsey is a British crown dependency with moderate winters and pleasant summers. Outdoor lovers of all sorts will enjoy roaming this beautiful Channel Island, which offers everything 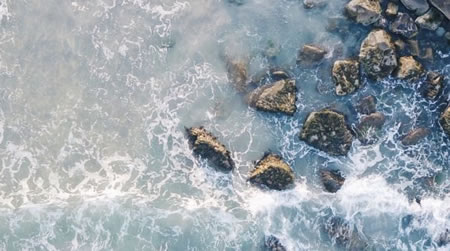 from coasteering to kayaking, windsurfing to culinary foraging. Guernsey is a fantastic place to go fishing and angling, but there's also much to see and do on the mainland. Explore Neolithic ruins, the austere Castle Cornet, and ancient burial sites like Le Creux es Faies, which was formerly thought to be the entrance to a wonderful fairyland.

Guernsey is the Channel Islands' most densely populated island, yet it still boasts charming rural lanes, beautiful sandy beaches, and miles of spectacular cliffs in the south. The island boasts one of the world's biggest tidal fluctuations, with waters receding twice daily to reveal vast swaths of golden sand and lunar-like seascapes punctuated by rocks and reefs.

Along with conventional beach activities like swimming, windsurfing, and rock-pooling, adrenaline-fueled activities like sunset abseiling, cliff face rock-climbing, and coasteering excursions have grown in popularity. Guernsey has been striving to alter its historic image as a rather staid, quiet backwater, best known for offshore banking and Guernsey cream teas, in order to attract more tourists. Guernsey is now focusing on attracting younger high-earning couples on short holidays, which has been a significant aim for some time for visitors aged 45 and up who like walking and heritage.

Alderney has golden beaches, historical interest, and a distinct island character. The island is known for its diverse biodiversity and has over 50 miles of picturesque walking paths, making it a bird watcher's dream. It also houses the Channel Islands' only operational railway.

The island is home to the Channel Islands' sole operational railway. The railway, which began in 1847 and was run by Queen Victoria, uses a diesel engine to drive disused London Underground carriages and attracts railway aficionados from all over the world. The Alderney Lighthouse was built in 1912 and is also located on the island. Birdwatching is a popular pastime among tourists to Alderney, with 2,500 people visiting the island's bird hides between the Longis and Mannez ponds each year. A variety of beaches may be found on Alderney.

A nine-hole golf course with alternative tees is also available on the island. Because of the weather and a multitude of picturesque coves, the course is regarded to be one of the most challenging in the Channel Islands.

Sark is the Channel Islands' crown gem, situated between Guernsey and Jersey. With beautiful landscapes, bays, coastal walks, and cliff-top visits, this area is car-free. For those looking to get away from the rush and bustle of contemporary life, Sark provides a unique holiday experience. Whether you walk, cycle, or take a horse-drawn carriage trip, you will make memories that will last a lifetime.

Sark became the World's First Dark Sky Island in 2011 because there are no city lights to contaminate the skies. As long as the clouds allow, you will be able to glimpse the magnificence of the stars if you remain overnight. You may learn more about the stars, constellations, galaxies, milky way, and much more by visiting their observatory, which is available nightly or by request.

Deciding where to travel can be a big problem, but if you know what you want it is much easier. Tourism on the Channel Islands has something for anyone, it doesn’t matter if you look to relax or go on adventures. Hopefully, we have managed to paint lovely pictures of these beautiful islands.