Things You Must See and Do for the Full German Experience

From beer and bread to cars and castles, Germany is world-renowned for its culture, craftsmanship, and innovation. If you plan on visiting Germany via a private plane anytime in the future, there is a diverse range of incredible sights to see, with tons of unique experiences around practically every corner.

To give you some ideas for crafting the ideal itinerary, we’ve put together the nine most enticing, awe-inspiring locations found in the country with the world’s third-greatest number of UNESCO World Heritage Sites.

If you’re visiting Germany for the first time, the Berlin Wall is a must-see due to its immense historical and cultural significance. Although most of it has been destroyed at this point, there are several preserved sections along its original 100-mile stretch.

The preserved sections can be found at Humboldthafen and in Berlin’s Dahlem neighborhood. There’s also the Berlin Wall Exhibition and the Berlin War Memorial, which both emphasize the consequences of the Cold War.

Modeled after the Acropolis in Athens, Brandenburg Gate is an astonishing architectural feat. With immense columns that stand over 80 feet high, the imposing structure was used as an intimidating toll gate that separated East and West Germany.

Originally forming a part of the Berlin Wall, the Gate is now one of Germany’s most iconic tourist attractions. It’s been framed in countless pictures and postcards and is a common backdrop for many movies, television series, and even video games. 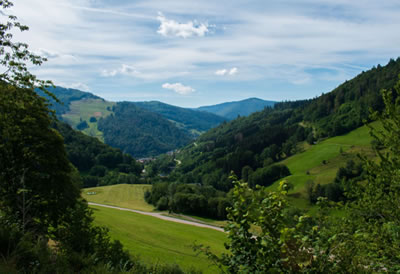 Situated in southwest Germany, the Black Forest is a dense and beautiful mountainous area favored by hikers and sightseers. There are many popular attractions to be found, such as the Baden-Baden spa, Bad Liebenzell resort, and the Todtnau ski slopes.

Once a forestry and mining area, the Black Forest is now primarily tourism-focused. Aside from the attractions we’ve already mentioned, you could also visit any one of several ruins that date back to the 17th century.

Cologne Cathedral, also known as the Cathedral of St. Peter and St. Mary, is one of the largest cathedrals in Europe. Construction of its Gothic-style architecture began in the 12th century, but the cathedral was only completed in 1880.

As Germany’s most visited landmark, Cologne Cathedral draws crowds of approximately 20,000 people per day. It was named a World Heritage Site in 1996 and is considered to be one of the best examples of Gothic architecture in existence today.

Marienplatz is the central square of Munich, Germany’s third-largest city. Munich has plenty of sights to see, but Marienplatz alone attracts millions of visitors per year, mainly due to the square being filled with all kinds of events, shops, and restaurants.

Tourists flock to Marienplatz for multiple events that take place throughout the year, such as the annual Christmas Market, the month-long Fasching festival, and the famous show of dancing, mechanical figures known as glockenspiel.

The city of Hamburg boasts the world’s largest model railway and miniature airport, known as Miniatur Wunderland. It’s a fascinating display of talented artistry, with almost 10 miles of track that stretches across numerous themed sections.

Close to a million models fill the area, all of which are built to scale and meticulously detailed. There are sections dedicated to the US, the UK, Scandinavia, and Hamburg, with more sections to be added in the future. 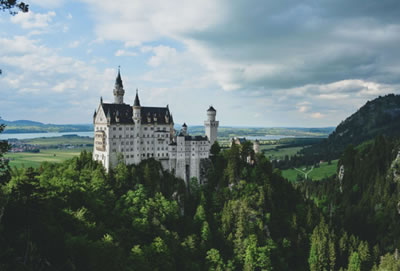 There’s so much to see in the museum complex known as Museum Island, it’s impossible to appreciate every attraction in a single day. Found in the heart of Berlin, the Island is home to some of Europe’s most important artifacts and treasures.

If you want to see as much of it as possible, there are six primary museums on the Island: the Altes Museum, the Neues Museum, the Alte Nationalgalerie, the Bode Museum, the Pergamon Museum, and the Humboldt Forum.

Atop a rugged hill that overlooks the village of Hohenschwangau, you will find Neuschwanstein Castle, a Romanticism-era palatial retreat that has inspired many of the world’s most famous fantasy castles.

Sadly, the construction of the sprawling palace was never completed, yet it remains one of Europe’s most visited locations. With over 6,000 daily tourists in the summer, booking a guided tour is essential, as the interior of the castle cannot be accessed without a guide.

Aside from offering a wide range of outdoor activities, the town is known as Rothenburg ob der Taube and has one unique feature you don’t come across very often - the entire old town has been preserved for centuries, completely devoid of modern architecture.

Part of the famous Romantic Road that snakes through south Germany, the town is medieval in every sense of the word. Visiting it will transport you back in time, allowing you to gain insight into the many wondrous aspects of living in ancient times.