The Top 7 Historical Places to Visit in the UK

The United Kingdom is somewhere everybody should visit at least once in their lives. It is made up of England, Scotland, Wales, and Northern Ireland. Unfortunately, though, England overshadows the other nations that comprise the United Kingdom, for obvious reasons.

When people think of the UK, their minds go to places like Buckingham Palace, Stonehenge, or Oxford. It’s definitely worth a visit to the other UK nations because they are equally as interesting as England.

If you are somebody who’s interested in history, then why not visit the United Kingdom? This post will provide a list of places that you should consider seeing, including some that don’t usually come up in ranking guides.

Stonehenge is a druidic circle, believed to have been used in magical rituals. However, ideas about Stonehenge are just conjectures. Nobody truly knows what the circle was used for, because the civilization that built it was gone by the time the Anglo-Saxons arrived, and modern Britons were born. There are a variety of hand-picked Stonehenge tours available, most of which are bookable online. Such tours will also take you to see the barrows that surround Stonehenge, making them a great option for people unfamiliar with the circle, and the surrounding area.

Oxford is a university city, home to the University of Oxford. The University of Oxford is the world’s top university, and one of Britain’s oldest (along with Cambridge). Oxford is an incredibly beautiful city, with medieval, Tudor, and Georgian architecture lining its streets. If you are somebody interested in history, then there is nowhere better in terms of cities to visit, other than London. Like with Stonehenge, you can take tours around Oxford.  If you visit during the summer break, you can get tickets to explore the actual university. 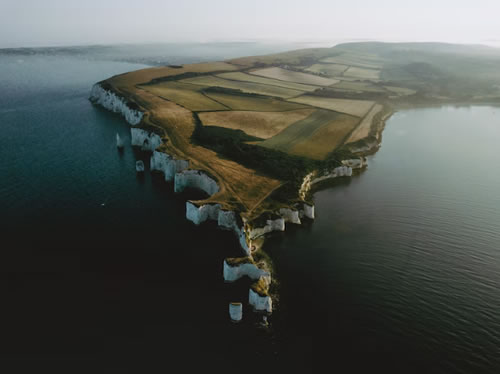 St. Albans is a small town a stone’s throw from London. You can take a direct train there from St. Pancras Int’l and arrive in less than half an hour. It is not a town that is particularly significant historically, but it does still have an interesting past. One of the main reasons that people visit St. Albans is to see its beautiful cathedral. It has one of the best cathedrals in all of Britain. It also has some very old Tudor buildings, the remains of a Roman city, and a museum dedicated to the city’s Roman past.

Cardiff is the capital of Wales. Very few people visit Cardiff for history, at least as far as international tourists go. If you are somebody who wants to experience all of the United Kingdom, and not just England, then Cardiff deserves a visit. There are some very interesting buildings, museums, sites, and castles in and around Cardiff. The most important of these is Cardiff Castle, a medieval castle, open to the public. You can take a train to Cardiff from London or rent a car and drive there in half a day.

Edinburgh is Scotland’s capital. It has just as much history as Cardiff or London. It is without a doubt one of the United Kingdom’s most interesting cities. It, like Cardiff, has a fantastic castle, and it also has some ancient buildings that you can visit. Edinburgh has a number of museums, too. These museums can be visited for free. Drinking culture is very big in Scotland, so if you are visiting, be sure to take a trip to one of the city’s many pubs. You are bound to have a good time, and the locals are very friendly.

Hadrian’s Wall was a wall commissioned by Emperor Hadrian, in order to keep the Scottish out of England. A lot of people think that Hadrian’s Wall is the only Roman wall used to keep out the Scottish, but that is not true. There are two other walls located further up and into Scotland. Hadrian’s Wall is free to visit and worth a trip. When there, you can explore Britain’s beautiful border between Scotland and England. There are many border towns located near Hadrian’s Wall where you can stay, or just visit for a bite to eat before heading to your next destination.

The United Kingdom has had a very interesting past. It was once conquered by the Romans, then later the Anglo-Saxons, and went on to rule over a third of the world. The best part about visiting the United Kingdom is that it’s very cheap to stay in and get around, as long as you avoid London.