It's always interesting talking to people about their reading habits – like how much, how often – and their choices of subject matter but especially now, with more quiet time on our hands. Dawn Annandale, herself a published author, runs a course for budding writers and hosts a book club for keen readers. find out more by emailing  her at annandale.dawn@gmail.com 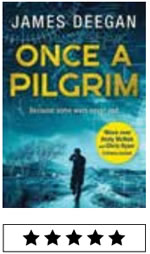 WOW! What an absolutely marvellous humdinger of a story! James Deegan writes from his own experiences in this, the first of a series featuring hero protagonist, John Carr.  In my humble opinion, not only is this book plausible and totally thrilling, but, it really feels as if you are there – in the thick of the bullets and the pulsating action.  I found the story entertaining, emotional, meticulously detailed and gripping.

Obviously I won’t give the plot away but be prepared for the murky and tragic world of the IRA, the Russians and close protection operatives. John Carr comes across as a savvy, working class James Bond with a handle on the bad guys and a huge desire to save the world. I absolutely loved this book for its excellent plot, believable characters and the gritty realism. The author must have been in some heart-stopping situations during his own military career and his ability to write from such a clearly defined perspective makes for a thoroughly good read. 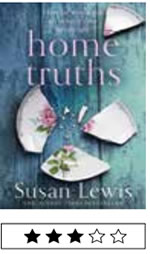 I’m in two minds about this one, mainly because the key character is just a bit too nice and wholesome... but I did like her. I can’t help feeling the author is a card-carrying member of the Socialist Workers Party but in a good way.  She introduces 21st century homelessness, hunger, PTSD (Post-Traumatic Stress Disorder) poverty and, sadly, sexual exploitation of children.

Emma, a widow, and her sister Angela who is separated, manage a hostel for the homeless. Home Truths follows them in their attempt to hold on to their jobs, their children and their sanity, while explaining the disastrous effect that changes to the benefits system in the UK have brought. It’s easy to see how people lose faith and give up when they feel that every way they turn is a barrier.  I’m not sure how much sympathy I really have for Angela as I found her character a little too naive in the environment.

Susan Lewis’s book made me think and also made me feel a little uncomfortable. 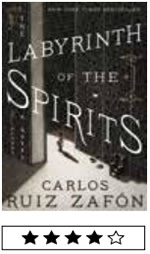 THE LABYRINTH OF THE SPIRITS By Carlos Ruiz Zafon - Publisher: Orion - Genre: Fantasy

Zafon wrote the international sensation The Shadow of the Wind several years ago and Labyrinth continues the story of Daniel Sempere, a bookshop keeper, in Barcelona in the 1950s. Daniel is happily married with a young son but has always felt that the mystery surrounding the death of his mother needs to be resolved. The tale is graphic in its descriptions of murder, injustice, and torture.

Zafon’s previous novels have been much gentler than this and certainly less political;  post Civil War Spain under Franco was a complex and often dangerous place to live – the book recounts amazing stories of survival and struggle.

Labyrinth is also a love story, an outstanding social commentary of the 1950s as well as a complicated whodunnit murder mystery.  It’s the fourth and final book of the series and neatly ties up loose ends and concludes the story.  However, if you haven’t read the previous books the enjoyment of this book will not be affected although I do heartily recommend this series. 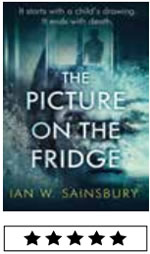 Ooooo – this is creepy! Serial killer meets weird kid meets chilling twists! It’s gripping, insightful and thoroughly compelling.  And it left me feeling like I wanted to look hard at every fact I thought I knew and re-examine every single relationship I’ve ever formed.

It’s roughly this: a young girl, Tamara had  a twin who died at birth, but that’s all OK now and everyone is happy and well-adjusted until – and this is the first crunch – Tam draws a picture in an art class at school and has no recollection of doing so. The picture is incredibly detailed – almost photographic – and Tam’s mum, Mags, discovers it is actually the scene of an horrific murder. Tam’s dad is a geneticist working on neurological conditions but this latest art hobby that his apparently normal young daughter is  engrossed in has him by the seat of his pants. 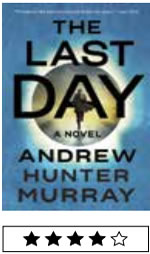 The year is 2059 and the world has suddenly stopped turning. The detail is all rather far-fetched and you need to take some of the locations and the political situation with a pinch of salt as, geographically, the raping of the earth is quite inaccurate as is the lack of farming and food production. If you just go with the world the author has created, you will enjoy the story and appreciate the twist at the end – it’s all a bit of fun and interesting to read as I suppose, with human nature being what it is, people are greedy, tribal and selfish. Obviously, those are sweeping generalisations but considering the way people behaved at the beginning of the current pandemic...

I am not generally a fan of sci-fi, but this one made me think about the possibilities, the ‘what ifs’ of the collapse of society or perhaps, conversely, the formation of a police state where power and corruption control society.

The message I got from this is that if we fail to learn to be more decent than we have been, then we really are doomed.

BOOK OF THE MONTH 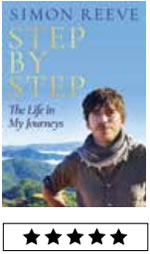 Simon Reeve is one of my modern day heroes.  He’s a cross between David Attenborough and Louis Theroux with a liberal sprinkling of Ricky Jervais’ sarcasm/humour. He has travelled to over 120 countries – his television programmes are fantastic voyages of interest and unique situations. His career as a travel documentary maker has rocketed him to stardom in recent years but he retains his humility and never loses that ability to make you feel like you are having a chat with the guy next door about his latest adventure.

His biography shows us the huge empathy Reeve has for the common man when his tells of his travels across Russia, Somalia and the Democratic Republic of Congo; all countries which present their own challenges to his film crew and in attempting to find the real voice of the people.

Reeve has visited many countries which we, the vast majority, would not dream of considering for any kind of holiday. He brings to life incredible least-travelled routes, wonderful moments with the inhabitants of remote tribes, of endangered indigenous people and dying lifestyles. The book is fascinating as Reeve’s own personal story is interwoven with the plight of the people and places he visits.