On August 29, MP Cristóvão Norte visited Animal Rescue Algarve’s (ARA) shelter at Cabanita (Loulé). Norte chose ARA to mark the 5th anniversary of the criminalisation of the mistreatment and abandonment of pets, a law which he authored. The parliamentarian is the head of PSD’s list of candidates for the Algarve, an especially relevant title considering that Portugal will be hitting the polls in October.

The politician was accompanied by Rui Cristina, Loulé’s PSD (Social Democratic Party) leader and national advisor to the party. His visit was also attended by Carlos de Deus Pereira from MAF (Pro Animal Movement of Faro), friends and volunteers of ARA, as well as other individuals and families who took the opportunity to visit shelter.

The MP felt ‘hopeful’ to see that ARA ‘has a high standard of treating animals, has got good ideas on how treat them, and is pushing further in order to achieve other goals. Not just goals in this specific area, but to transform the system, and to bring the system to serve the welfare of animals.’ 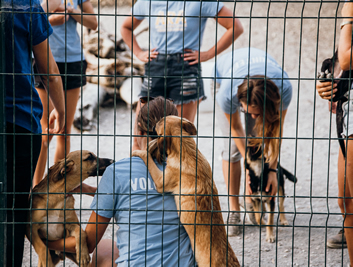 Norte added that he felt ‘very grateful to everyone that gives their commitment and their hope, in order to change the world. [Sid Richardson, ARA’s Founder] gives his money, his time, the best he has for a cause. And people who work for a cause, whatever the cause is, are able to transform things, and are able to change society. And this cause is as noble as any other cause.’

Reminiscing on how far the country has come, the politician recounted that, twenty-five years ago when an MP passed the first animal-protection laws in the country, people ‘barked at him’ in Parliament. Contrastingly, twenty years later when Norte brought his own proposals to the floor, ‘everyone applauded - every single party applauded – my speech’. A speech which he concluded by citing Emile Zola who said: ‘'The fate of animals is of far greater importance to me than the fear of appearing ridiculous'.

Although the MP recognises the need to ‘modernise many things’, he also acknowledges the intrinsic value of the law: ‘The protection of the animal is no longer dependent on being owned by someone. Animals are not things anymore’.

He finished his intervention by saying: ‘I am very honoured to be here with Sid [Richardson] and all of you to mark this moment, which is particularly important to me.’

Sid Richardson, ARA’s Founder, concluded the ceremony on behalf of ARA’s team by saying that ‘all these people present share the same common cause, which is animal welfare. We feel especially privileged tonight because what you introduced five years ago was monumental – It changed the whole face of animal welfare.’

Richardson ended the day by reinforcing the NGO’s vision, followed by an appeal to the MP: ‘this is Cabanita but ARA is an association, we don’t just want to run a rescue centre, we want to be part of change. And I hope you can involve us, that we can get involved together, and make a difference’.

ARA has over one hundred dogs and about twenty cats in its care and does not have any governmental aid, relying solely on private support from individual citizens.

You can find out more about ARA’s work and how to support it, via their social media pages and website. 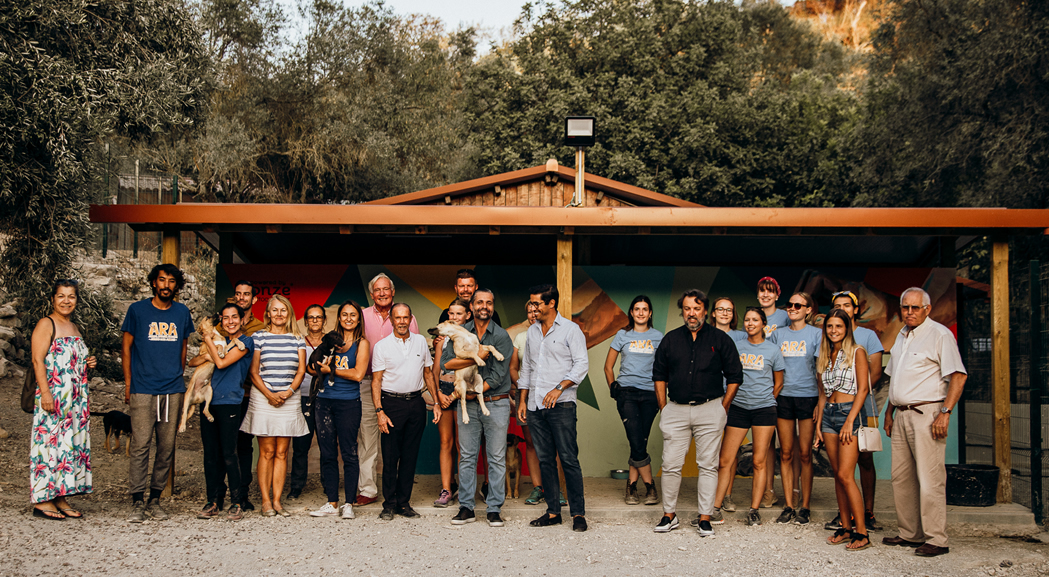