Algarve west coast community association, Amovate, has stepped up its charity work to bring aid to people in the area suffering through the pandemic.

Ian Bedford, president of the association which comprises both Portuguese and ex-pat residents in and surrounding Vale da Telha, Aljezur, told us,

“Covid-19 has hit everyone, but the most vulnerable in society are those who are suffering most. And when something like this hits us, the plus side is that it often brings out the best in people.

“We have co-operated with various charities over the years, working, for example with a UK charity to provide €50,000 worth of equipment to Aljezur Bombeiros, and facilitating the provision of 26 wheelchairs to Portimao Hospital.

“And this summer we again decided to offer help where we can to local charities whose own fund-raising efforts were, to an extent, drying up due to the Coronavirus. 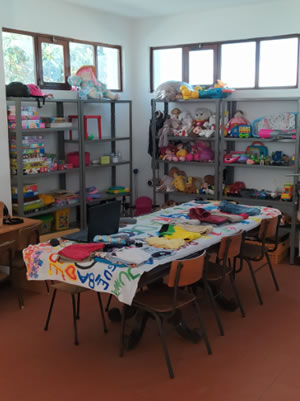 “This also includes holding bi-monthly meetings with Aljezur Camara to identify and target areas where we can help most”.

These meetings have now resulted, amongst other things, in an agreement to re-route some scheduled times of the bus service operating to and from Aljezur/Lagos.

This means that, from March, some parts of the service will now pass through Vale da Telha, Espartal, Monte Clerigo and Arrifana, districts that have not had access to public transport for decades, despite the pressing needs of a growing population.

Also, Amovate had for some time been pressing for fibre optic broadband capability in Vale da Telha and surrounding districts after the area was by-passed, apparently because it lies within the Costa Vicentina National Park, despite Aljezur being included in the network.

But Amovate vice-President Matt D’Arcy of Chestertons Aljezur had several feasibility discussions with the service provider, and the fibre optic service is now being provided in the area.

Throughout the pandemic Amovate has worked closely with Conferencia Nossa Senhora D´Alva a charity which supports local families in need.

One child they were working with suffers from Williams Syndrome and requires €4,000 worth of mouth and dental treatment over a two-year period.

Amovate agreed to donate 2,000€ which covers the first year.

Amovate also distributed a total of 16 food baskets valued at 25€ each to needy families supported by the charity, supplied at a reduced cost by Petra Deen who has a fruit and vegetable stall in Aljezur market.

Amovate also gave the charity €500 to help set up a soup kitchen.

In addition Amovate and Restaurante Fonte do Vale, situated in a central part of Vale Da Telha, set up a drop-off point for people wanting to donate non-perishable food items for the same cause, a service which continues to operate.

Said Amovate administrator Steve Scott, “We are also encouraging people to save plastic and metal bottle tops, separated, and drop them off at Solar Dos Vales restaurant in Vales to raise funds which help in the treatment of a three year-old boy.€3,000 of which was raised in a charity walk by Amovate committee member Cath Baker, the association providing a further €250.” 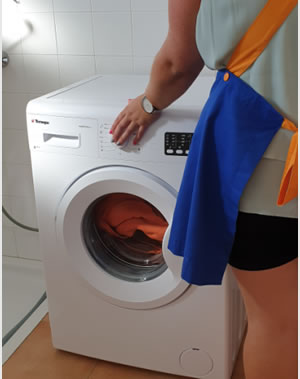 Amovate were also asked for their help by A Casa CLD4SG (Casa da Crianças) which looks after children in poverty and their families in poverty throughout Aljezur, Rogil and their new base in Odeceixe where the local Freguesa have given them use of what was a pre-school building to operate from.

The charity needed furnishings and shelving for their Odeceixe HQ to display items for sale.

And after Ian Bedford and Steve Scott visited to assess what was required Amovate agreed to buy and donate 10 sets of shelving at a cost of 280€.

In addition, Isobel Lobato for the charity’s Aljezur operation informed them they were in need of a new washing machine, which the Amovate purchased for them.

Amovate were invited to the inauguration of the operation in Odeceixe which Ian and Steve attended. (see photos). Representing the charity were Aida Manchado, Sandra Nunes and Mafalda Alves.

Later ACASA told us, “We deeply appreciate the support from Amovate and we were honoured to have Ian and Steve present at the inauguration of our donation centre in Odeceixe.

“It was a privilege to have them share their concern for the cause of the disadvantaged.

“At a time dedicated to the fight against poverty and social exclusion ACASA started this activity to give the greatest comfort to those in need and we are overwhelmed at both the financial and emotional support from Amovate”.