In a little under a month, Charlie Perring is setting off on Long Way Across, a 301 kms non-stop trek (east to west) of the Algarve, to raise funds for the Wildlife Ranger Challenge - an initiative created by TUSK to support the men and women rangers who dedicate their lives patrolling the national parks and game reserves of Africa, to protect the precious wildlife that remains there.

Find out more about TUSK here. 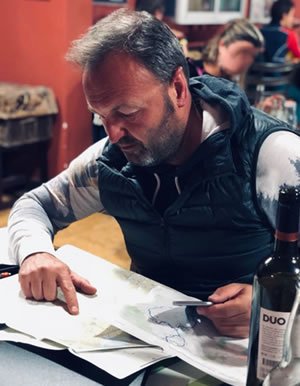 Charlie hopes to complete the traverse in 5 days, covering 60 kms in each 24 hour period, with short breaks for food and the odd 40 winks!

So, why is he doing it? Charlie explains, "Since March and the onset of Covid 19, tourism has virtually come to a standstill in these areas and as the primary source of income which keeps the rangers employed, I felt compelled to try and do what I could to maintain these vital resources and thus their continued employment.

Many of us will have travelled to the far corners of the world to marvel at our planet’s landscape and its wildlife and realised what a precious environment we have to protect. But like me, I expect you’ve also witnessed the ever decreasing wildness of our earth and with it the depletion and extinction of many of its species. It’s imperative that we protect what is left and the vital role the wildlife rangers play in this continued struggle.

My challenge starts on the 11th November from Alcoutim and finishes at Europe’s most westerly point, Cabo de St Vincente. Following the GR13 and Via Algarviana trails; the route traverses a mix of terrain, from the rolling hills of the Serra do Caldeirao in the east, through the barrocal farmlands above Salir and Alte, before ascending up the mountainous section of the Serra de Monchique to its high point of Foia (902m) before descending again down to the coast and Cape St Vincente."

Why the Long Way Across?

"I’ve been coming down to the Algarve since I was a little boy, visiting my great aunt who lived in Praia de Luz having moved to Portugal in the 60’s from the Congo. In those early days we used to drive down, first taking the ‘Eagle’ boat from Portsmouth to Lisbon and then driving down south, where foreign cars were a virtual unknown and the donkey and cart was still the principle means of transport in the area. Like most people who visit the Algarve, it's the beaches and coast that are best know, yet inland lies a landscape seldom explored and of huge variety, an ideal playground for adventuring with countless paths to walk and cycle, tracks and fire breaks to explore by motorcycle and rivers to paddle along.

A few years ago, the children having grown up and following their own path, Jo and I decided to buy an old Quinta just outside Loule and renovate it and whilst she juggled with builders and a 100 year old farmhouse, I took the opportunity to explore our back yard. My day job is running an adventure/expedition business, often to far flung and remote corners of the globe, so to discover that I had a natural resource to explore right outside was very exciting. Having walked sections of the Via Algarviana, ridden in the hills and paddled the Ria Formosa, it struck me how little people knew of Portugal’s interior, and I’ve only just started to scratch the surface, so in the coming years and to keep me closer to home, it's my aim to develop trips that explore this fascinating part of Iberia, from its Moorish history, to Templar trails and history further north and the Lynx release programmes across the country……Long Way Across is just a start towards highlighting what Portugal has to offer, but primarily to raise funds for a cause of which I’m passionate about, protecting our planet’s wildlife and the wild areas in which they live."

Go Charlie! If you would like to donate to Charlie's fundraising page you can do so at https://uk.virginmoneygiving.com/CharlesPerring 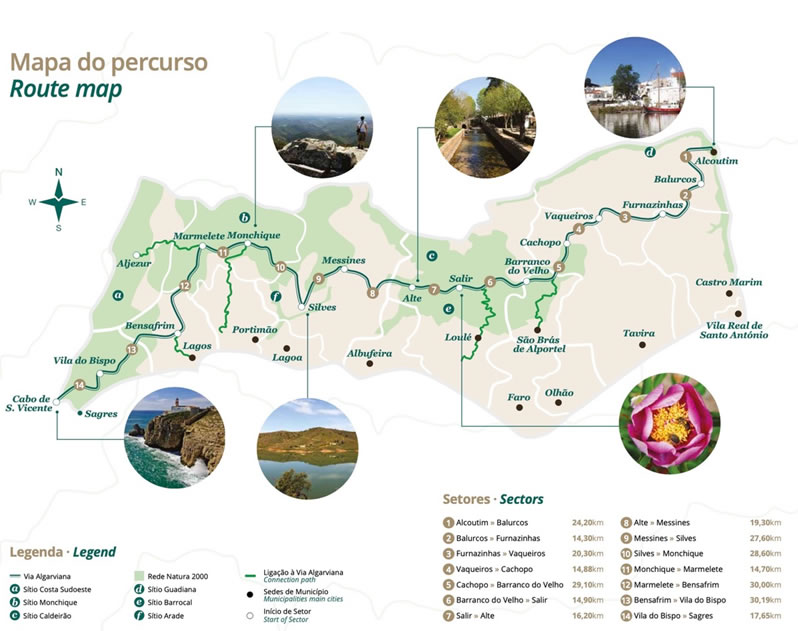