Vegan might be considered trendy eating right now, but if you are new to it how much have you discovered while at home and in the Kitchen? Veganism is a plant-based diet that excludes any animal-derived products such as meat, poultry, fish, honey, eggs and dairy products. If you are flirting with the idea of giving up your gluten-free pizza, know that for true vegans, there are hidden animal by-products in foods that you would not consider. Jell-o, marshmallows and the humble gummy bear all contain gelatin, derived from animal collagen. Have you thought about what goes into your glass of vinho? We all know that wine is made from grapes but what happens between the time they are picked off the vines during Harvest and before they end up in your wine glass? Clarifying agents derived from casein (milk protein), albumin (egg whites), gelatin (animal protein) and isinglass (fish protein) are often used when making wine and even brewing beer.

For those who drink liquor responsibly, the good news is that virtually every brand of hard liquor – bourbon, whiskey, vodka, gin and rum – is vegan. The no-nos are cream-based liqueurs and perhaps some rums and whiskeys containing honey.

So based on the level of veganism you plan to follow, please read labels carefully, become acquainted with vegan alternatives and refer to www.peta.org (People for the Ethical Treatment of Animals website) for fact-based information.

Why vegan?
The reasons to choose a vegan diet generally fall within three compelling areas – ethical, environmental and personal health. Plant-strong diets allows one to focus on animal rights philosophies and the exploitation of slaughterhouse workers. Your food budget prevents funding animal abuse and slaughter.
Meat and dairy industries are today recognised as a leading contributor to climate change with their production of greenhouse gases. Farm-raised animals are known to emit methane into our atmosphere. This formidable greenhouse gas traps at least 30 times more atmospheric heat than an equal amount of carbon dioxide. However, one must also note that greenhouse gases are emitted in the production of processed soy foods even if you completely avoid beef. 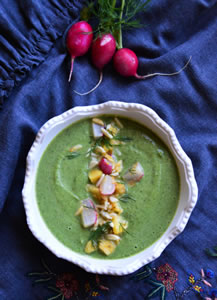 The health advantages of eating mostly plants are undeniable. That’s because a vegan diet will eliminate red and cured meats, two foods linked to colon cancer. Eating more fruits and vegetables is known to decrease rates of cancer, diabetes and heart disease. Removing dairy from your diet has been shown to reduce chronic health issues, from nasal congestion to migraines, acne to digestive problems.
Fibre-packed vegan foods help shed weight too, though initially the transition to veganism can lead to a sudden increase in weight as animal proteins are replaced with excessive amounts of carbohydrates. Vegan alternatives –quinoa, beans and lentils – contain more grams of carbohydrates than they do protein.

Balancing act
Still toying with the idea of veganism, yet finding that the information and knowledge available can be overwhelming? I felt the same, and stumbled upon these five guidelines, taken from Vegan Nutition Guide by Virginia Messina, which will ensure a healthy, well-balanced vegan diet.

It is important to know when choosing a diet that aligns with your values, that food choices matter. The way we eat impacts our planet, animals and of course our levels of health and fitness. If you’re not ready to commit to an all-or-nothing dietary change, even the smallest steps will deliver a positive result in the discovery of making vegan easy.

A hearty start
We asked Loulé resident, Rita Malvar, herself a practicing vegan, and author of two cookbooks, Comida de Verão, sabores para o ano inteiro (2016) and Como Assim, Só sopa (2018) to curate a daily vegan menu for us. Her meals are visually beautiful and equally delicious.
For Rita's delicious vegan recipes CLICK HERE and view page 47 of the AlgarvePLus May 2020 issue.