November in the Garden

November is the time to finish off all the autumn projects, such as planting and clearing out. If the expected rains arrive, they will provide a bit of a natural clean-up but you should be prepared by having tidied up old beds.

Shrubs and young treesIf any are growing in the wrong places, from now through to January is the best time to relocate them.

For evergreen shrubs and trees, dig a deep trench around the plant, then cut through the earth under the root ball, keeping as many roots as possible. Wrap in strong cloth or chicken wire before lifting from the hole. Remove wrapping only after you have placed it in its new carefully prepared hole.

For deciduous plants, transplant them after the leaves have fallen and the plant has gone dormant. Dig up a large root system, remove all the soil and replant as for bare-roots by holding the plant so its soil line is even with the surrounding ground and sifting the soil into the hole with a trowel. Prune the top to balance it with the loss of roots.

Ground covers
November is the traditional month for planting carpet-like ground covers, namely those which are low-growing and rather creep along, such as iceplants, gazanias, trailing African daisy (osteosprmum fruticosum) and even some perlargoniums which all have some degree of drought resistance. For shade, ivy is one choice. (On large slopes in full sun it is good to combine shallow-rooted ground covers with taller, deeper-rooted ones, such as bougainvillea, plumbago and lantana. A combination of these plants can provide permanent cover for a bank with a stunning effect. But these three are better planted in the spring lest there be frost.)

Bulbs
Plant anemones, daffodils, irises, grape hyacinths and ranunculus this month. Wait a little while longer to plant tulips, hyacinths and crocuses – they can all be chilled in the refrigerator for six weeks before planting in December, but make sure they do not freeze. Where there is space, plant bulbs in natural drifts. Prepare the soil, toss the bulbs on the ground and simply plant them where they fall. But, of course, you can plant them also in containers for a lovely, and sometimes transportable, show.

When intending to plant daffodils in pots be sure to buy the fattest bulbs and leave double and triple ones intact. Add fresh potting soil to about two-thirds then add the bulbs. They can be very close to each other, but it is wisest to avoid letting them touch so if one rots the others will not be lost. Top with more soil so that it is about three centimetres below the rim and the tips of the bulbs just below the soil surface. Water the pot, adding more soil if needed. Place in a shady spot, covered with an upside down cardboard box to keep it dark. Water the pot daily.

Once the leaves are six or eight centimetres, remove the cover and move into bright light, although not necessarily full sun until you see the first flower buds when it can be moved into full sun. Once the flowers open, however, they will last longer in partial shade.
When the flowers fade, clip them off. Then either discard the bulbs or plant them in the ground (leave the roots and bulbs together as a clump and keep them damp). Don’t cut the leaves off until after they have gone brown.

Annual and perennial flowers
For spring flowers, November is not as good as October for planting but is better than waiting until spring, so take the plunge. In garden centres you may find annuals and perennials used as annuals such as calendula, cineraria, columbine, cyclamen, dianthus, nemesia, pansy, primroses, snapdragon, stock, viola and others. Put them into well-prepared ground, feed them often and water if rains are not adequate. Even planting now, you’ll have some colour over winter and a good display in February or so, that will peak in April and last until June.
A few seeds may still be sown, such as nasturtiums and California poppy. Try your hand at others, checking planting instructions on the pack.

There is no need to fertilise seeds planted, but if you have already planted flowerbeds with cool-season annuals and perennials, fertilise them as a way to encourage bloom before Christmas. And remember to fertilise once every four weeks as nitrogen is less active in cool soil. Protect them from snails and water when rains do not. For pot plants, liquid or slow release fertiliser is best. If you have established a wildflower area, fertiliser is not needed as it tends to encourage stem and leaf production at the cost of bloom.
Continue to deadhead faded blooms and wooden stalks. A number of perennials can be cut back to good basal growth when flowering fades. 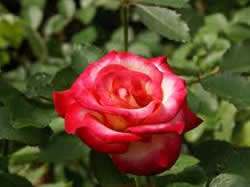 Roses
These should flower through November and December, but don’t fertilise. Water only until mid-November if rains are not sufficient. A bit of neglect now encourages them to slow down for dormancy in January.

Peaches and tangerines
Peach leaf curl is caused by airborne fungus which can carry anywhere and can touch all unsprayed peaches and nectarines. New shoots are stunted and fresh leaves curl when they first emerge in spring. Affected trees bear few and poor fruit. Now is the time for first spraying against the disease with a proprietary spray. Clean the tree of loose leaves and old fruit, rake up and destroy the debris under the tree. Spray the entire tree including trunk and branches and also with a light touch the ground below. First treatment is as soon as the leaves have fallen (usually mid-November) followed again before bud swell in spring (usually late January).

Lawns
There is still some time to plant cool-season grass, to de-thatch existing lawns and to remove weeds. Continue to feed once every four to six weeks. Water if it doesn’t rain. Mow

Warm-season lawns are beginning dormancy so stop fertilizing and mowing. For kikuyu, cut it right down to the ground.

Vegetables
Planting now is ideal for garlic. Select large ones from the market, and plant the cloves individually with the points facing up in rich soil about 10 centimetres apart and five centimetres deep.