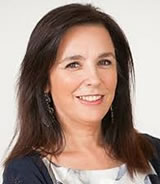 Hortense Martins, a Socialist Party MP with shares in the hotel group 'Investel, Investimentos Hoteleiros,' played a key role in developing the legislative amendments to the Alojamento Local laws that will disadvantage owners of properties that are part of a condominium.

The legislative initiative was signed off by MPs Filipe Neto Brandão and Carlos Pereira but it was Hortense Martins who played a decisive role in preparing the details which stops apartment owners wishing to let their properties should anyone in the same condominium, object.

The Socialist deputy was the company's manager between 2008 and 2011 and between 2010 and 2015, Martins was a member of the general council of the Association of Hoteliers of Portugal, the largest national association of the hotel industry, a position she held at the same time as her role of coordinator of the government’s working group on Tourism.

So far, so good - but in 2012, while on the working group, Hortense Martins presided at a parliamentary hearing when representatives of the Association of Hoteliers of Portugal were being heard, despite her being a member of the association's General Council.

Challenged to clarify the existence of possible conflicts of interest, Hortense Martins declined to make any statement to Jornal Económico, which is on her case.

The Association of Hoteliers of Portugal proposed to the Pedro Passos Coelho's Government in 2014, when Hortense Martins was on its general council, that apartment owners should be able to block the use of apartments for short-term tourist rentals.

In November 2016, the association re-launched its efforts by publicly presenting the proposed revision of the Alojamento Local rules, insisting on allowing neighbours to block AL applications.

Hortense Martins also participated in a debate on "new forms of tourism" where she said it was necessary "to value sectors that generate employment" "New forms of tourism, yes, but only if they respect the rules and operate under conditions of fair competition."

It is these new 'rules' which she has drafted which serve to restrict competition. Martins' concept of ‘conflict of interests’ appears to differ from the norm. As an 'interested party' she should not have been involved at all in the revised legislation as the public might just suspect that she has something to gain.

Another parasitic champagne "socialist" politician using her public service position to put in place legislation that will make her capitalist investments more profitable.

+4 #1 M.Thompson 2017-06-03 20:16
The culture of devising 'rules' aimed at restricting competition far predates this MP. The elites in Portugal have always had a grip on their little people's entrepreneurism - why else, until recent times, insist on passports to travel WITHIN the country? Even now a professional acting out of his area must get a licence to operate from the nearest local Freguesia. These obstructions have since 1986 been fine tuned to get round, past or over the pesky EU Treaty obligations 1986 that intended Portugal to open its business sectors to other EU citizens.

Similarly it is also a totally absurd non-starter, to accuse any high up Portuguese in Portugal of 'conflict of interest'. They are in that position or attending that meeting specifically to conflict with the interest!
Refresh comments list