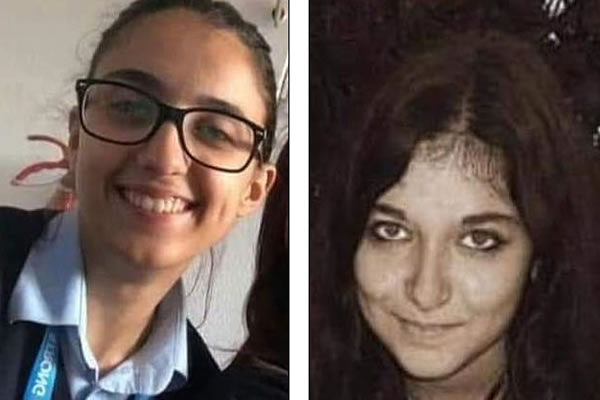 Two young Portuguese women begin their trial today, accused of killing and dismembering a hotel worker in March this year. You may recall earlier reports of this gruesome crime when body parts of Diogo Goncalves were first found across the Algarve region.

Maria Malveiro, 19, and her nurse lover Mariana Fonseca, 23, were apparently 'inspired' by US police series Dexter, allegedly chopped off Diogo Goncalves's fingers to use his fingerprints to access his bank account app on his mobile phone,  allowing them to steal a recent £60,000 inheritance.

After removing the victims fingers the women kept his torso, head, forearms, hands and feet for several days in two cars, one of them being Mr Goncalves' own Mercedes, before first allegedly throwing his torso from the cliffs at Sagres in the Algarve into the sea, then driving East the following day to dump his head, forearms, hands and feet at the Pego do Inferno waterfall near Tavira, Algarve.

The indictment says they spent the three days between March 20 and 23 sending messages from his Facebook account to fool colleagues and friends into believing he was still alive.

The Portuguese daily newspaper Jornal de Noticias reported Malveiro took advantage of the fact Mr Goncalves 'fancied' her by promising him a lap dance at his home, then giving him an orange juice laced with sedative Diazepam, tying him to a chair then calmly strangling him and dismembering him with the help of her nurse lover, Mariana Fonseca.

The couple will be tried for amultiple crimes including murder, desecrating a body, computer fraud and using a stolen vehicle.

+2 #1 Peter Booker 2020-09-29 09:06
You have to wonder not only at the cruelty of this pair, but the sheer stupidity of the way in which they disposed of the body parts of young Diogo. I am making the perhaps unwarranted assumption that they did not wish to be found out.
Refresh comments list