Covid-19: 80% of EU adults fully vaccinated is not enough 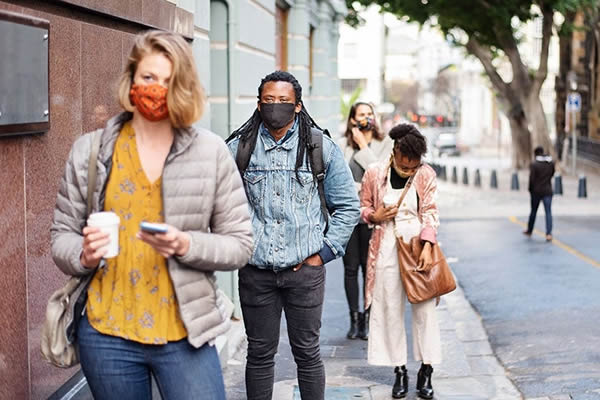 The European Commission have announced that more than 80% of the adult population of EU is fully vaccinated against Covid-19, but are calling for “social solidarity” to those who have not yet been inoculated, to combat contagious variants such as Ómicron.

“At EU level, we have fully vaccinated over 80% of our adult population. This is a very important milestone, especially with regard to the spread of the Ómicron variant”, says European Health Commissioner Stella Kyriakides.

Speaking at a press conference in the Swedish capital Stockholm, after a visit to the headquarters of the European Center for Disease Prevention and Control (ECDC), the European Commissioner says it is “important to continue to administer booster vaccines in order to protect people of the most serious effects of this virus”, since “vaccination remains a key tool to prevent serious diseases”.

However, “we know that millions of citizens in Europe have not been vaccinated and we need to change this to overcome this pandemic. Our personal behavior in terms of personal responsibility is important”, emphasized Stella Kyriakides.

Classifying vaccination as “an act of social solidarity”, the European official called for “efforts and responsibility” to fight the pandemic.

Vaccination figures in the EU
ECDC data on vaccination in the EU show that 80% of the adult population in the community is fully vaccinated, a percentage that is 68.7% if children are also considered.

In absolute terms, ECDC data, which is based on notifications from Member States and available on the European agency's website on vaccination, reveals that 292 million adults in the EU are fully vaccinated.

As for the total population, 307 million are fully inoculated (including children).

As for the booster dose, 133 million additional doses have already been given in the EU, according to the ECDC.

Part of this rapid spread of the virus is due to the Ómicron variant, according to the official, who points out that this strain already represents 22% of the sequenced samples, and is still dominant in some countries.

“There are still some uncertainties surrounding this new variant. It seems that, on an individual level, it causes less serious illness, but due to its easier transmissibility, it spreads to a large number of people, causing absenteeism that greatly affects essential workers, health professionals and public workers in general.” said Ammon.

You mean an annual jab like (and possibly combined with) a flu jab. And they work as statistics prove.
Just a little prick David; nothing to be afraid of.

And another, and another ad infinitum...

And another, and another ad infinitum...

Eventually people will realise they don't work.
+2 #1 Chip 2022-01-12 15:13
The above seems to assume that 2 jabs is "fully vaccinated".
My understanding is that you also need a booster.
Refresh comments list