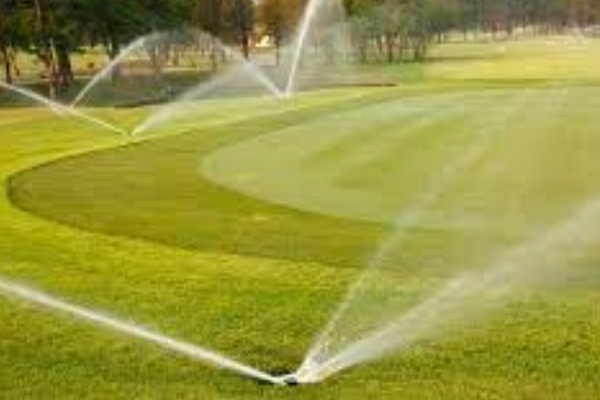 The president of Turismo do Algarve, João Fernandes, said today that a set of measures is being prepared to reduce water consumption in tourist developments in the region, but that do not apply to human consumption.

“We are gathering information from business associations linked to tourism to present a set of proposals for concrete measures to reduce water consumption, so that they become effective”, said João Fernandes.

According to the person in charge of the Algarve Tourism Region (RTA), “the measures do not address human consumption, but rather non-potable uses of water, such as irrigation of golf courses and green spaces and the possibility of deactivating ornamental water sources”.

“We have to stick to what our area of ​​action is and what we have been developing with the Portuguese Environment Agency (APA) is the identification of contingency measures in tourist developments, with the objective of saving water in spaces of large consumption”, he pointed out.

According to João Fernandes, in a meeting held last week with the AA, the Association of Hotels and Tourist Enterprises of the Algarve (AHETA) and the Associação dos Industriais Hoteleiros, Restauração e Bebidas (AIHSA), it was decided that the RTA would “send the proposals for consumption reduction during this week”.

“Entrepreneurs look at the management of this scarce and increasingly expensive resource as a need to become more efficient”, said the official.

Among the measures recommended by the RTA is “intensifying the awareness of tourists for the efficient use and behaviour of water management, such as avoiding daily changes of bed and bathroom linen”.

“It is a behavior that must be adopted not only by tourists, but also by the residents themselves”, he underlined, recalling that the RTA has a campaign running with 12 tips on these behaviors.

João Fernandes recalled that the Algarve has been implementing and intensifying the application of part of the 52 measures identified for various sectors of activity, “contingency measures in the face of a prolonged situation of drought and the low level of water storage in reservoirs”.

“This has been especially fruitful in the area of ​​golf and since last year they have been intensified and generalised, improvement of drainage and irrigation, reduction of space for play and irrigation with use of wastewater”, he said.

According to João Fernandes, in the Algarve “there have been two courses that have put these type of measures in practice for more than 20 years, and the idea is to extend it to a greater number of courses”.

On 22nd July, the Government approved new measures to combat drought, which include reducing consumption in tourist resorts in the Algarve and works on reservoirs in Trás-os-Montes.

+4 #3 Margaridaana 2022-08-03 14:34
Algarve has far too many golf courses using valuable water supplies.
Try closing about half of them, nobody would really notice.
Well said John, but a five minute shower is all that is needed. Worrying how much water hotel guests must waste.
+12 #2 John Martindale 2022-07-28 22:38
A foot note,,, The president of Turismo do Algarve, João Fernandes, said today that,,,
we are gathering information from business associations linked to tourism to present a set of proposals for concrete measures to reduce water consumption,, i've got an idea for you, install a timer in every hotel shower that turns the water off after 10 minutes, i kid you not, i'd like to see that,
+5 #1 John Martindale 2022-07-28 22:34
Coming from Australia, a land that suffers from everything, water shortages and water rationing is nothing new, Portugal needs to be tough on water, this country uses more water than is produced, especially in the South, there will come a time when the water will run out but look at all the manecured lawns and swimming pools in this country, something must be done before its too late, oh, sorry, we've passed too late, more wildfires to come.
Refresh comments list