Olhão mayor mentioned in The Times

The mayor of Olhão, António Pina, has been mentioned in The Times. Has there been recognition of his good works, his film star looks, or his continuing abuse of the electoral law for local councils?

Nothing so mundane - the mayor is mentioned in The Times article by Graham Keeley in Madrid in the first salvo in a battle to preserve and legalise the Armona island ‘dream home’, owned by a British couple who face the imminenbt propspect of seeing it torn down anytime from August 1st.

The property’s owners, James Tod and Paul Roseby, had threatened to involve international press in their campaign for justice and in their effort to get Mayor António Pina’s head out of the sand. It was Pina who granted permission to build and Pina who ignored local planning zone regulations.

Taking the homophobic line of attack, Roseby and Tod point out that they are the only owners, amid 140 other illegal properties, that have been run ragged by the Algarve Environmental Agency’s barrage of legal actions to have their house demolished.

The Times thunders “A leading couple in British theatre have accused the Portuguese authorities of homophobia because their dream home faces demolition.

“Paul Roseby, chief executive of the National Youth Theatre of Great Britain, and his partner, James Tod, a producer who has worked in the West End and on Broadway, have been told that their €600,000 beachside house is illegal.

“The couple claim to have been the victims of “a disproportionate act of aggression” by the Portuguese state and suspect the motive is that they are wealthy Britons who are also gay.”

Local opinion is that it is not the homosexuality of the couple that is the issue, rather that Sebastião ‘demolition man’ Teixeira, APA’s chief, is itching to get a high-profile hit after he failed so badly in his mission to demolish hundreds of homes on Culatra and Farol – losing his job at Polis Litoral Ria Formosa as a result.

“The council in Olhão said that the land came under its jurisdiction and granted building permission. However, in May last year the Institute for Conservation of Nature and Forestry, a government body, ordered work to stop, with the threat of a fine of up to €2.5 million.

“It said that there was no right to build as the land was classed as “state maritime land”, which means building is forbidden. It said that the council should not have granted building permission.”

Additional local opinion is that Pina himself should pay up for his blunder, questioning why local ratepayers should be lumbered with a compensation bill, which, if all 140 illegal properties are removed, could reach €15 million.

Roseby says The Times piece is but the start of a string of similar news items that will be published in the UK newspapers over the coming weeks, leading up to a press morning and demonstration outside Olhão’s town hall at 10:00am on August 17th.

“It is not how you expect a European democracy to behave. It has aged us both. We each feel 101, we feel angry at the council that told us the property was legal. They have a head-in-the-sand mentality and we are left facing the consequences,” says Roseby, in his Times interview.

The couple have asked the mayor of Olhao, António Pina, to intervene as it was his fault that building permission was given and that the British couple stand to lose hundreds of thousands of euros. Needless-to-say, Roseby and Tod have received no response.

For The Times news item, click on: 'Theatre couple blame homophobia for order to demolish their home in Portugal' 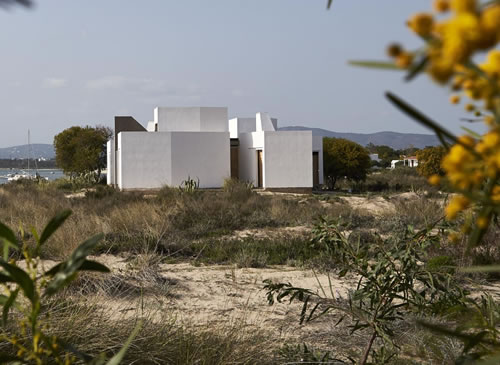