The British couple who are battling to rescue their Armona island home from the bulldozers, primed to be sent in by Sebastião ‘demolition man’ Teixeira from Portugal’s Environment Agency, have come out fighting their corner with international press coverage and an August 17th  demonstration planned in front of Olhão council’s front door.

James Tod and Paul Roseby, whose half-built luxury home has been deemed illegally sited and must be removed, are putting pressure on Environment Minister, João Matos Fernandes, whom, they say, "can solve the problem with a stroke of his pen."

It is not just James Tod and Paul Roseby’s property that is at risk, there are 139 additional houses on the section of the island that should never have been given planning permission by Olhão town hall which, if it has to pay compensation, will have to explain to its ratepayers how it managed to expose them to claims totalling an estimated €15 million.

Olhão’s embattled mayor, António Pina, has stated that he is "dealing with the matter" and expects the minister to resolve the dispute before the local elections on October 1st.

The minister needs to accept a local council plan to recategorise the area in question but this is public maritime reserve, so to change its legal status means owners of properties in other threatened pockets along the Algarve’s coastline, rightly could demand the same treatment.

Roseby points out that the Olhão mayor considers the demolition order from the environmental agency to be a personal attack on the mayor by Sebastião Teixeira and is linked to the demolition process on other of the Ria Formosa islands. The reviled Teixeira lost his job as the head of Polis Litoral Ria Formosa due to his mishandling of the island property demolitions. Teixeira’s environmental agency also has been delaying its approval of an Olhão council plan to recategorise the section of island, thus losing €4 million in EU funding.

Roseby and Tod have noted that Teixeira explained in 2010 that having the 140 properties on that part of Armona "is a way of stabilising the sand and of halting further erosion by the tides."

Nothing has changed on the island, except the removal of two end-of-life properties and the creation, in their place, of Roseby and Tod's new home which had building permissions granted by the town hall.

To the €600,000 so far spent by the British couple, can be added legal fees of around €50,000 what have ben incurred in answering various charges brought against them by the environment agency whose relentless attack would have crippled anyone without resources.

A leaflet explaining the couple's case and the date of the planned demonstration, is about to hit social media. “Real Lives and real homes - act now before it’s too late,” sums up the plight of the couple who already are pushing the message "Don’t invest in Portugal.”

At the end of July, The Times published the first article about the Britons’ plight (here) and two other UK nationals are lined up to keep the pressure on Pina and Fernandes as they grapple with a political solution to a local problem that, as the local election approaches, threatens to do some real damage to Pina’s already weakened chances of winning another term of office. 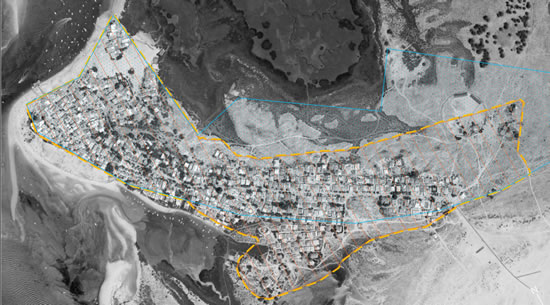 +1 #1 James Munro 2017-08-04 20:50
This surreal concern for what the outside worlds press says about Portugal, particularly if it is the US or UK / British Commonwealth countries sounding the alarm, is so noticeable.
The Portuguese Ministry of Information has long had the expat advice websites sewn up - making sure nothing similar to Roseby and Tod's message "Don’t invest in Portugal.” ever got aired. But heavyweight foreign nationals, with journalists of integrity, are a different kettle of fish. All the Ministry can hope for is to swamp the comments section - as they have done so often for any item on the McCann missing child.
If anyone knows Roseby and Tod - don't leave them in the dark about "Attack the British" in the anthem.
Refresh comments list