Américo Amorim has died. The businessman was the richest man in Portugal with a fortune of over €4 billion. He passed away on Thursday, July 13th after a long period of ill health and was known to have had several heart operations.

Amorim would have celebrated his 83rd birthday on July 21st but his dearth is said to have been no surprise to his family due to his increasingly poor condition.

Américo Amorim was born in 1934 in Mozelos, in the municipality of Santa Maria da Feira and rose to the position of the ‘king of cork’ - an industry in which his forebears had been involved since the nineteenth century and which was the basis of the family fortune.

Despite his vast assets, Américo Amorim tried to live quietly and rarely spoke of his personal life, only to say that he had needed "a good home environment a very generous woman to accept the limitation of time that I have for the family."

Asked in 1989 whether he considered himself to be, "a successful man, a man with money" and "a man with power," Amorim said he did not know how to respond. "I just know that I like my work."

The beginnings of the Amorim cork empire began in 1870 when António Alves de Amorim created a cork factory at the Vila Nova de Gaia quay to supply the wine industry. In 1922, Amorim & Irmãos was founded and was run by the second generation.

Américo Amorim and his brothers joined the company in 1953 with a strategy of not being reliant on just one market.

By the time of the 1974 revolution, Amorim was seriously rich but then started to diversify in earnest.

The man who always seemed to be one step ahead of his competitors, spotted many opportunities where others hesitated. Américo Amorim invested heavily in eastern Europe at a time when Portugal had no diplomatic relations with former Soviet Union countries.

Américo Amorim became the richest person in Portugal in 2010, when he overtook Belmiro de Azevedo of Sonae. He owned a 50% interest in Corticeira Amorim, founded by his grandfather, and the world's largest producer of cork, with $650 million in sales.

Despite the dedication to developing the cork business, Américo Amorim was involved in other areas such as banking and oil with Galp Energia, B.V. Netherlands owning 38.34% of Galp Energia where he was president until handing over to his daughter, Paula, in 2016.

Yesterday news that Amorim had applied for an injunction against the government, the Bank of Portugal and Novo Banco, claiming €200 million was owed to him, surprised few and was characteristic of the level he moved at and of his deft business and legal moves.

Asked in 2011 by Jornal de Negócios on whether he would accept a special tax for large fortunes, Amorim said, “I do not consider myself to be rich. I am a worker.”

Américo Amorim was married to Maria Fernanda de Oliveira Ramos with whom he had three daughters. 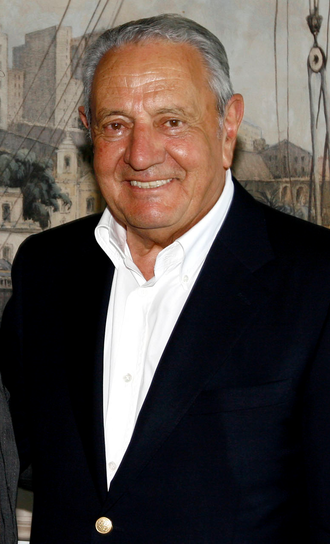 0 #3 Tops 2017-07-18 18:46
How can you respect a man that gets into bed with Isabel dos Santos, the most corrupt women in the world. Her people starve, whist she and her cronies live the rich life off their backs. Good riddance to bad rubbish https://schatziesearthproject.com/2015/07/29/isabel-dos-santos-the-most-cold-hearted-bitch-on-earth-part-i/
+1 #2 S.Talbot 2017-07-14 11:11
Portugal has never begun to deal with its oligarchs and they, and their thousands of acolytes, still distort so much of Portugal's justice system, economy, politics and social life. Time and again we see examples of a parallel universe for the oligarchic elite.... wherein the laws of the Land no longer get enforced.

A simple example was seen a month or so ago with the Pedrogao Grande fires. On TV repeatedly seeing trees illegally planted right up against the tarmac of recently built roads. What became Wind Tunnels of Death. No enforcement at all of the 50 metre regulation - because so many of the landowners were 'locally important'. So this regulation, like so many more nationwide, going un-policed. And now un-punished.
+2 #1 Maximillian 2017-07-13 20:27
Hope his family knows where he's got his money stacked away