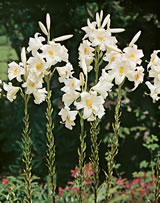 It was with deep sadness and regret that the Almargem Association became aware of the death of Colonel José Manuel Rosa Pinto. He was a widely respected authority on the flora and vegetation of the Algarve, to which he dedicated much of his life.

Throughout the years, he won the recognition of the scientific and academic community, with which he collaborated with several national and international experts, in the scope of scientific publications, research projects and various activities and events of dissemination.

He was a frequent collaborator at the University of the Algarve, where he was involved in several research projects, and where he became an assistant guest professor, lending his vast scientific knowledge in a selfless and generous way. Public recognition would arrive in 2012, when he was awarded the Medal of Merit of the University of Algarve, awarded for the first time by that institution, in a public ceremony held on December 12, on the occasion of the 33rd anniversary of the University.

In recent years, for reasons of health, he was more remote from the countryside where he felt most at home, José Manuel Rosa Pinto would dedicate himself to the collation of more than 2,500 plants of the Algarvian flora that he collected for several years, which he offered to the Herbarium of the University of the Algarve (ALGU) where, as of 2007, he served as curator at the invitation of Professor Maria Manuela David.

In the Almargem Association, Colonel Rosa Pinto, a partner since 1997, has collaborated in several scientific projects, and has also participated in numerous activities and actions to promote heritage, always in a committed and generous way, even when health was sometimes lacking. For this reason, the General Assembly of Almargem awarded him the title of Honorary Member of the association on 21 July 2011, in a gesture of modest recognition for all the work developed over the years in favour of the study and dissemination of the Algarvian flora, sometimes with much personal sacrifice and always without any type of financial consideration.

The Almargem Association deeply regrets the irreparable loss of Colonel Rosa Pinto, who will certainly be for history one of the greatest botanists of the region, and whose example of human qualities and scientific legacy will remain indelible in the knowledge of the natural heritage of the Algarve, but also in the memory of all those who had the privilege of knowing him, either in work or on the many walks he guided with the mastery that was known to him.

Almargem pays the ultimate homage to the Man, the Botanist, the Master and the Friend, addressing the family and friends with the most sincere and heartfelt condolences, inviting all their admirers to participate in their last walk with him. The funeral ceremonies will take place from next Monday, January 8th at the Church of the Capuchins in Faro and the funeral on Tuesday January 9th in the cemetery of Faro.

Translated from the Portuguese by Rosie Peddle