Charles Every dies at 102 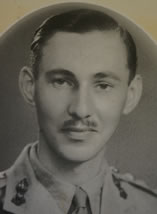 Charles Every, who was born into an English aristocratic family and spent most of his life as an expatriate, including the last 48 years in the Algarve, has died at the age of 102, writes Len Port.

The youngest son of the 11th Baronet Sir Edward Oswald Every, Charles Henry Sherard Every was born in Leighton Buzzard in Bedfordshire in January 1916.

Educated at Harrow, one of England’s most prestigious public schools, he qualified from London University as an architect.

Having been born in the middle of the First World War, he served with the British armed forces in India and Burma during World War II.

His professional career began in West Suffolk after which he worked for 21 years as an architect and town planner in South Africa.

On deciding to move to Europe, he started looking for a place to live in Greece and steadily worked his way westward.

The Algarve was the lovely end of the road and he found his dream home on the outskirts of the then little-known village of Carvoeiro, near Praia do Vale de Centianes.

Along with his talent for landscape gardening, Charles developed a passion for cultivating water lilies and breeding ornamental fish in his aquatic garden.

Although physically impaired in his later years, he kept his sense of humour and remained mentally resolute with strong opinions.

He attributed his longevity to a philosophy of moderation in all things, and said he was fortunate to have “good genes and plenty of good luck.”

He died peacefully in his Algarve home on the morning of 15thth June and was cremated. A celebration of his life will be held in September.

Charles will be greatly missed by the many friends who will continue to attend the monthly club lunches he originated seven years ago.

He is survived by his daughter Vanessa and her husband Terry de Beer who lived with him for many years in Carvoeiro, and by two grandchildren and three great- grandchildren in the UK and South Africa. 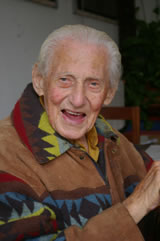 0 #2 David Rees 2018-06-17 21:44
I loved visiting Charles and enjoyed his enthusiasm for his waterlily ponds. We shared a lot of landscape experiences together and I always appreciated his good humour and generosity
0 #1 Paul & Sandra 2018-06-15 22:03
It is sad to hear of Charles passing, but he has had such a fantastic life, with a wonderful family. We are privileged to have known him in his latter years are will remember him fondly for his determination and creativity. RIP Charles, you have been an inspiration and wonderful resident of Carvoeiro.
Refresh comments list