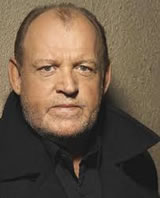 In a musical career lasting more than 50 years, Joe Cocker, who has died of lung cancer aged 70, bounced between the euphoria of chart-topping success and the misery of drug and alcohol abuse. In the latter part of his life, the singer had re-established himself as a soulful interpreter of material from a broad range of songwriters.

Cocker’s background and upbringing in Sheffield, where he was born, son of Harold and Marjorie, established his credentials as a ballsy, salt-of-the-earth performer cut from stalwart working-class stock. At first it seemed as if the young Joe was destined for an unglamorous future working as a fitter for the East Midlands Gas Board.

As his mother commented: “When Joe left school at 16, I thought he was going to take up gas fitting as a career. I even got him a lot of books on the subject, and he was interested in gas for a time, but there was always the music. He told me he didn’t want a job where he worked for years and years and then got presented with a gold watch at the end.”

Cocker gained his first toehold in music with the aid of his brother, Victor. He sang with Victor’s band the Headliners at a local youth club, then later played drums in Victor’s skiffle group, the Cavaliers. By 1963, they were transformed into Vance Arnold & the Avengers. He took the opportunity to reinvent himself as the vocalist Cowboy Joe, as the Avengers played warm-up gigs for better known names such as the Hollies. He also made guest appearances with other local artists including Dave Berry and the Cruisers.

Cocker was already beginning to develop the intense, raucous vocal style which would make him an international name, and he was spotted by the record producer Mike Leander, who helped him to make a demo recording. This earned him a contract with Decca records in 1964, for whom he made his debut on disc with a version of the Beatles tune I’ll Cry Instead. Despite Cocker’s convincing performance, the single failed to chart and the Decca contract lapsed.

After touring as an opening act for Manfred Mann and the Hollies, Cocker reverted to his gas board job, persevering with music in his free time. He struck up a songwriting partnership with the bass player Chris Stainton and, in 1965, the pair put together the first incarnation of the Grease Band, which included the guitarists Henry McCullough and Alan Spenner. Two years of club and pub dates, mainly in northern England, earned the band a committed following.

In 1968, EMI’s Regal Zonophone label released the Stainton/Cocker composition Majorine – the performing credit read merely “Joe Cocker” – and it reached No 48 on the UK singles chart. Much more spectacular was his version of the Lennon/McCartney song With a Little Help from my Friends – Cocker’s friends on the recording session included the future Led Zeppelin guitarist Jimmy Page – which topped the UK charts that November.

An enthusiastic public endorsement from the Fab Four themselves did Cocker no harm at all, and the song would become his unofficial theme tune.

With the British public converted to his cause, Cocker set about wooing the American market. A string of concert dates and TV appearances climaxed with his appearance at the Woodstock festival in August 1969, where his extraordinary performance of With a Little Help from My Friends, complete with unearthly screams, hideous grimaces and apparently uncontrollable bodily gyrations, became one of the most unforgettable sequences from the ensuing movie of the event.

His album Joe Cocker!, produced by Leon Russell and Denny Cordell, earned critical raves and raced up the American charts. It also gave Cocker another hit, with a Beatles cover, She Came in Through the Bathroom Window. Then the Grease Band split up after Cocker cancelled an American tour, but the singer was warned by the US Immigration Department that his failure to fulfil the dates could jeopardise his future ability to work in the US.

Cocker duly assembled the 21-piece collective known as Mad Dogs and Englishmen and undertook a punishing 65-date campaign packed into only 57 days. It spawned a bestselling double live album and accompanying feature film, but the sprawling and chaotic project left Cocker exhausted and facing a crippling pile of bills.

He lapsed into a long period of hard drinking and heroin addiction, and it was not until 1972 that he returned to the stage as part of the 12-piece line up known as Joe Cocker and the Chris Stainton Band. However, he was having difficulty keeping control, and was drinking so heavily that often he was barely capable of performing. That October, he was fined $1,200 in Australia following his arrest for possession of marijuana, then had to make a rapid exit from the country to avoid a list of further charges, including assault.

Cocker stumbled through the rest of the 1970s as a shadow of his former self, still touring and knocking out uneven albums, including Jamaica Say You Will (1975), Stingray (1976) and Live in Los Angeles (1976). However, he did manage to notch up a big hit in 1975 with You Are So Beautiful (which enjoyed a renaissance when it featured prominently in Brian De Palma’s 1993 film, Carlito’s Way), while a switch to Asylum Records in 1978 spurred the singer to raise his game with Luxury You Can Afford. Better still was his 1982 release on Island records, Sheffield Steel, which featured powerful performances of songs by Jimmy Webb, Bob Dylan and Steve Winwood and remains arguably the definitive Joe Cocker album.

Cocker confirmed his resurgence with his duet with Jennifer Warnes on the schlocky power ballad Up Where We Belong, from the hit movie An Officer and a Gentleman (1982). The song won a Grammy and an Oscar.

Subsequently, his career saw him coasting along comfortably, enjoying respect from his peers and loyalty from a broad international audience, though somewhat lacking in further artistic landmarks. In his determination to stay on the wagon, he received unstinting support from his wife Pam, whom he married in 1987. As a diversion from the music industry, the couple joined the trend for celebs to get into the catering business by opening the Mad Dog Ranch café in Colorado.

Through the 80s and 90s, Cocker released a string of albums including Unchain My Heart (1987), One Night of Sin (1989) and Night Calls (1991), all of which sold respectably if unspectacularly. More convincing was Have a Little Faith (1994), which was well received internationally and generated a couple of minor UK hit singles with Take Me Home and Let the Healing Begin. A&M seized the moment to release a four-disc box set entitled The Long Voyage Home (1995), a thorough survey of his career, which helped to remind anybody who had not been listening closely of the breadth and longevity of Cocker’s catalogue.

Not that Cocker’s accomplishments had been overlooked by music industry insiders. He had become a regular guest at assorted big-ticket rockbiz shindigs such as the Prince’s Trust Rock Gala and Nelson Mandela’s 70th Birthday Tribute, both in 1988. In 1989 he appeared at an inauguration party for the new US president, George HW Bush. He popped up at Rock In Rio II in 1991 and at the Montreux jazz festival in 1992, and came full circle by joining the bill for Woodstock II in 1994.

In 2002, he joined Phil Collins on drums and the Queen guitarist Brian May to perform With a Little Help from My Friends at the Party at the Palace concert held for the Queen’s Golden Jubilee. He was appointed OBE in 2007 and played concerts in London and Sheffield to mark the event.

In the same year, his 20th studio album Hymn for My Soul, a collection of songs by such greats as Stevie Wonder, Dylan, John Fogerty and the Beatles, took him back into the UK top 10. Hard Knocks (2010) topped Billboard’s independent albums chart.

In March 2011 Cocker performed at a benefit concert for the R&B guitarist Cornell Dupree, who had played with him live and on record, at BB King’s Blues Club in New York, and who died a few weeks later. During a concert at Madison Square Garden in September this year, Billy Joel paused to pay tribute to Cocker, surprising listeners by commenting that he was “not very well right now” and proposing him for the Rock and Roll Hall of Fame.

Cocker will be remembered as one of the most soulful white rock singers to have emerged from Britain – the only homegrown performers comparable to him might be Free’s Paul Rodgers or Family’s Roger Chapman.

Perhaps more importantly, he showed enough character to fight his way back after being written off as another casualty of 70s rock’n’roll excess.

He is survived by Pam.