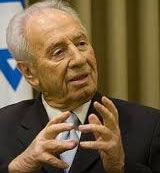 The death of Shimon Peres at the age of 93 marks the departure of the last major figure in Israel's founding generation.

Peres died on Wednesday in a hospital after suffering a major stroke, the Israeli news website Ynet reported, after his condition worsened following a major stroke two weeks ago, writes Jonathan Cook for Al Jazeera.

Peres - one of the disciples of David Ben Gurion, Israel's first prime minister - spent his long political career in the public spotlight, but his greatest successes were engineered in the shadows, noted Yaron Ezrahi, a politics professor at Hebrew University in Jerusalem.

Peres' most important task, to which he was entrusted by Ben Gurion, was developing in secret - and over US opposition - Israel's nuclear weapons programme through the 1950s and '60s. To that end, he recruited the assistance of France, Britain and Norway.
Peres, like his mentor, believed an Israeli bomb was the key to guaranteeing Israel's status - both in Washington DC and among the Arab states - as an unassailable Middle East power.

The testing of the first warhead in the late 1960s was probably at least as responsible for ensuring rock-solid US patronage in subsequent decades as Israel's rapid victory against neighbouring Arab states in the Six-Day War.

Peres' later diplomatic skills in negotiating peace agreements with Jordan and the Palestinians were exercised largely out of view, too, though he was keen to take the credit afterwards.

His pivotal role in realising the Oslo Accords through a back channel in the early 1990s earned him - after frantic lobbying on his own behalf - the Nobel peace prize in 1994, alongside Israel's prime minister of the time, Yitzhak Rabin, and Palestinian leader Yasser Arafat.

These agreements, as well as his vision of economic and technological cooperation between Israel and Arab states in a "New Middle East", made him a beloved figure in western capitals, where he was feted as Israel's peacemaker-in-chief.

At home, among both Israelis and Palestinians, he was viewed far less favourably.

Born Syzmon Perski, Peres immigrated to Palestine from Poland with his family in 1934, aged 11. Raised on a kibbutz and inculcated in the values of Labour Zionism espoused by Israel's East European elite, he was quickly identified as a rising star by Ben Gurion, a fellow Pole.

During the 1948 war, Ben Gurion kept Peres in a backroom job, far from the fighting, where he was responsible for acquiring weapons, often illicitly, for the new Israeli army.

His diplomatic skills were relied on throughout the state's tricky early years in the defence ministry. Despite his lack of an army background, he was instrumental in developing Israel's large state-run military industries.

In the same role, he also developed alliances with key western states, especially France and Britain, that would eventually help Israel establish the Dimona nuclear reactor and build a bomb.

In return, Peres plotted with these two fading colonial powers an attack on Egypt in 1956 that triggered the Suez Crisis. Israel invaded Sinai to create the pretext for an Anglo-French "intervention" and seizure of the Suez Canal. All three soon had to withdraw under pressure from the US and Soviet Union.

Peres was elected to the Israeli parliament in 1959, the start of a 48-year career as an MP, the longest in Israel's history. There were few senior ministerial posts he did not hold at some point.

But popularity eluded him. He led Ben Gurion's Labour party to its first-ever defeat in the 1977 election against Menachem Begin. It would be the first of many electoral disappointments.

Peres' lack of appeal to the Israeli public mirrored the gradual decline in support for the Ashkenazi (European Jewish) elite that had founded Israel and structured the new Jewish state to preserve its privileges.

As waves of new immigrants arrived, many of them Jews from Arab countries who were treated with disdain, men such as Peres came to look like an anachronism. Peres could not even boast, as Rabin could, a glorious record in the battles that established Israel.

Famously in the late 1990s, Peres made the mistake of asking a Labour party convention whether he was a "loser". The delegates roared back: "Yes".

Over two decades, Peres lost five elections in which he stood for prime minister.

Although he served in the top job on two occasions, he never won a popular mandate.

He briefly took over from Rabin after the latter was felled in 1995 by an assassin’s bullet.  He was also prime minister in an unusual rotation agreement with his Likud rival Yitzhak Shamir after neither secured a parliamentary majority in the 1984 election.

Unlike Rabin and Ariel Sharon, two figures of his generation who enjoyed greater political acclaim, Peres suffered in part because had not first made a name for himself in the Israeli army, Ezrahi observed.

He was seen as more uninspiring technocrat than earthy warrior.

Even on Israel's left, said Roni Ben Efrat, an Israeli political analyst and editor of the website Challenge, he was viewed as an opportunist.

"His real obsession was with his own celebrity and prestige," she said. "What he lacked was political principle. There was an air about him of plotting behind everyone's backs. He was certainly no Nelson Mandela."

Rabin, who tussled regularly with Peres for leadership of the Labour party, called him an "inveterate schemer".

With Rabin's victory in 1992, Peres was appointed number two and returned to what he did best: backroom deals, in this case a peace track in Norway that led to the signing of the Oslo Accords in 1993.

When Rabin was assassinated two years later, it was assumed that Peres would romp home in the general election a short time later, riding a wave of sympathy over Rabin's death.

Instead he lost to Likud's Benjamin Netanyahu, who profited from the right's campaign to discredit the peace process and its architects as "Oslo criminals".

Peres would see out much of his remaining time in front-line politics providing a veneer of international respectability to right-wing Sharon governments through the second intifada as they crushed the Palestinian leadership and built a steel and concrete barrier through the West Bank.

In 2005 Peres deserted the Labour party and joined Sharon's new centre-right Kadima party - an act of betrayal many allies on the left found hard to forgive.

Late in life, with his appointment as president in 2007, Peres finally found the chance to reinvent himself with the wider Israeli public.
In a largely ceremonial role, he had almost no influence on government policy. But his strenuous efforts repairing Israel's damaged image abroad and nursing its strained strategic alliances, as Israel shifted ever further rightwards, were widely appreciated.

Over the next seven years, Peres gradually came to be viewed as a national treasure.

Among Palestinians, it was harder to rehabilitate his image. He is best remembered as part of a Labour Zionist elite responsible for the creation of a Jewish state in 1948 on the ruins of the Palestinian homeland.

Despite his later reputation, Peres held hawkish positions for much of his political career, noted Asad Ghanem, a politics professor at Haifa University.

Following the 1967 war, he championed the cause of the settlers, and used his role as defence minister in the 1970s to establish the first settlements in the northern West Bank. His slogan was: "Settlements everywhere."

With the Oslo process, Peres helped engineer Israel's recognition of Arafat's Palestine Liberation Organisation as the representative of the Palestinian people.

But in every other way, said Ghanem, the accords soon proved disastrous for the Palestinians, helping the settlements expand as the newly created Palestinian Authority looked on, confined to small enclaves of the occupied territories.

Peres' larger vision - embodied in the work of his Peres Center for Peace - was the creation of a "New Middle East".

He hoped to transform the region through technological and economic cooperation between Israel and neighbouring Arab states. A Middle East modelled on the European Union, with Israel playing the role of Germany.

"It was a colonial view of the region," said Ben Efrat, "driven by the goal of creating economic gains for Israel."

In Ghanem's view, Peres' path to realising his New Middle East was paved by Israel's peace agreement with Egypt in 1979.

"The Arab states were removed from the conflict with Israel before a just peace was secured for the Palestinians," he said. "Peres' hope was to continue normalising relations with the Arab world while denying Palestinians their rights."

Oslo fitted neatly with this vision, observed Ben Efrat. The Palestinians were to be caged into ghettoes, while Israel established industrial zones close by in which they could be exploited as a low-paid, low-tech workforce.

Or as Peres once explained his idea, "a young Palestinian student who finds a job won't go and make bombs".

Much of Peres' political legacy - as heir to Ben Gurion - is currently being discarded by Netanyahu and the Israeli right. They prefer the politics of confrontation - at home and abroad - over the back-slapping niceties of the diplomacy Peres excelled in.

But Peres' industrial zones are slowly being realised in an initiative called the "Valley of Peace". The largest is due to open shortly next to the Palestinian city of Jenin, in the northern West Bank, supported by Turkey and Germany.

For Netanyahu, these zones accord with his policy of "economic peace": pacifying the Palestinians through economic incentives while depriving them of political rights.

Peres gave every indication he approved.