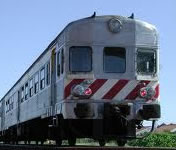 Voters are not as silly as some advertising agencies think. One minister consistently makes a mess and tries to deceive us – this will hurt Socialist Party in the elections, writes Jack Soifer

The results of the elections in Brazil, Sweden and Andalucía confirm what I have written for years - citizens deceived by their parties end up voting for extremists. They do not choose a political party, but vote for change, sometimes radical change.

The deception in Sweden has provoked a desire in many voters for new elections, only three months after September. In Germany there is a strong wave within the SPD (the same as the Socialist Party in Portugal) to quit the coalition with Merkel and to force new elections. Voters are fed up with the current system but politicians ignore them.

One minister, who has been studied here several times, besides screwing up the infrastructure - like the EN125 in the Algarve, the train systems and clogged airports - now is heralding the wonders of the Portugal 2020 EU grants programme.

This programme is a fiasco and so far has benefitted mainly selected, 'friends of the Party.'

Many of the SMEs that do not support the Socialists have faced a moribund bureaucracy. The minister now says that there are billions available; a trick to gain votes as it’s obvious that the bureaucracy will continue.

"...but keeping on a smiling good boy who is obedient to the orders of the ECB, and in Infrastructures is a magician for projects, the PM risks making his party lose half of the votes it held."

We know that the PM needs this minister to raise money for the election campaign. This relationship is obvious to the voter. The pledges of support for those affected by the 2017 and 2018 fires have yet to be fulfilled. His ministry declared that EDP was not responsible for the 2017 forest fires, despite clear evidence disclosed by the technical committee.

By choosing good managers in a recent ministerial reshuffle but keeping on a smiling good boy who is obedient to the orders of the ECB, and in Infrastructures is a magician for projects, the PM risks making his party lose half of the votes it held.

What is worse, these votes will go to extreme nano-parties that will kill governance and bring political chaos. This is just at a time when interest rates are predicted to rise, affecting the budget, as a large part of the 2019 State Budget is set aside to pay interests on public debt. We also risk two banks collapsing if interst rates rise, along with savers and investors.

Hundreds of voters were murdered this year and last, for lack of fire prevention. Others died on roads that are like streets with no middle track for safe overtaking - as in the EN125 – and others died after no checks were made on the safety of the road at the quarry in Borba.

YES, YOU CAN! CHANGE THAT MINISTER!