The Chinese year of the sheep, which begins next month, is set to see investors flocking to Portugal in search of high end properties costing €500,000 or more, that qualify them for the country's golden visa scheme.

The sheep is representative of people who combine creativity with considerate planning, which is typical of those with the imagination and organisational skills to move overseas and start a new life in a foreign land.

The Portuguese golden visa scheme was launched in 2012 in an attempt to bring more money into the country's struggling economy from overseas. Since then, it has been a roaring success, with figures reported towards the end of 2014 showing some €950 million had been invested in the country as a result of the scheme.

Although they are available to all nationalities, Portugal's golden visas have been a hit with the Chinese in particular. More than 80% of buyers who have been granted visas under the scheme have come from China, according to themovechannel.com. 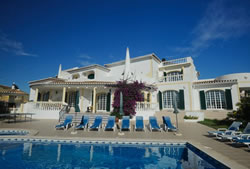 "We've definitely noticed an upturn in the number of Chinese buyers picking up high end properties since the inception of the golden visa programme in Portugal. Everything from luxury detached homes, like this six bedroom villa with pool in Carvoeiro, to traditional farmhouses, like this quirky quinta with pool near Luz de Tavira are up for grabs." 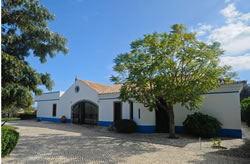 Interestingly, Portugal has also seen an upturn in the number of Chinese tourists visiting the country. The first half of 2014 saw a 69% increase in Chinese tourist numbers compared with the same period the year before, with 55,000 visiting during the six months. Given the lack of direct air link between China and Portugal, clearly these tourists were determined to discover what the Iberian country has to offer. Between them, these 55,000 visitors are reported by the Lusa News Agency to have spent some €33 million, which is excellent news for the Portuguese economy.

Portugal is certainly pushing to tap into the Chinese tourism market. Secretary of State for Tourism, Adolfo Mesquita Nunes attended a major tourism fair in Shanghai during November 2014 and football star Cristiano Ronaldo is fronting a new marketing campaign aimed at presenting Portugal to increasing numbers of Chinese holidaymakers.

"One should also consider the impact of the golden visa scheme on tourism," points out Ideal Homes Portugal's Chris White. "Many of those considering a move to Portugal will visit the country several times, to introduce their families to Portugal, to get a feel for the culture and to look at what the property market has to offer. Thus before they commit their funds to a golden visa property investment, they are already bolstering the economy through one or more inspection trip visits."

With a relaxed way of life, plentiful sunshine and a property market that offers luxury accommodation at bargain prices, Portugal's temptations to Chinese buyers are plain to see. As 2015 applications for golden residency visas get underway, no doubt many more Chinese investors will be looking to celebrate the year of the sheep by discovering the many delights of Iberia.