Tie the knot or buy some bricks? Which would you choose?

You grow up, get married, buy a house and have 2.4 children. At least that's how things used to work. These days an increasing number of young (and indeed not so young) couples are having to make a choice between their dream wedding day and their dream of owning their own home.

Of course, £20,000 won't buy you a house in the UK, but it could make all the difference in obtaining a mortgage when used as a deposit. This is the take of the ING International Survey, published in June 2015, which examined whether couples were sacrificing their 'big day' in favour of home ownership.

The results speak for themselves: 60% of people across Europe were found to opt for spending on a house rather than on their wedding day. With home ownership becoming an increasingly unattainable goal and the cost of living rising faster than wages, betrothed couples seem to have a pragmatic mindset when it comes to matters of the heart. 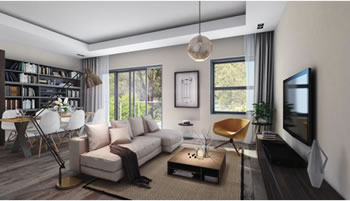 "The UK has a real problem in terms of lack of housing supply and that is one of the factors that has driven prices up in recent years. It's meant a fantastic boom for the buy-to-let sector, as young professionals opt to rent in city locations during the early stages of their careers, but the age of first time buyers has gradually been pushed up and up as a side effect."

Nationally, the average first time buyer in the UK is now 31 years old, according to The Sunday Times Money, while a KPMG report has found that they need an income of £41,000 - almost double the average UK wage of £22,000. With 100% mortgages a distant memory, buyers are increasingly having to choose between a life of wedded bliss and a roof of their own over their heads.

Some are considering a wedding overseas as a way to cut costs, but even in countries such as Spain, where the cost of living is lower than in the UK, nuptials can still be pricey. Bella Wedding reports the cost of a boutique hotel wedding for 60 guests in Spain as €18,000. 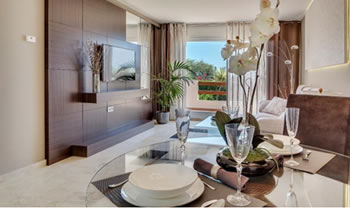 "A wedding in the Spanish sunshine is a lovely idea and can be cheaper than getting married in the UK, but many couples are still having to chose between that and using their cash as a deposit. The reality is that pragmatism has to come before romance in many households these days. For couples in Spain, the ING survey showed that 70% would rather spend their money on a house than on their wedding day - higher than the European average of 60% and the UK average of 67%."

The €18,000 cost of a Spanish wedding would serve well as a deposit on a seafront apartment at a development like La Recoleta III, on the Costa Blanca, or perhaps an exciting renovation project with two houses and land in neighbouring Portugal.

With couples increasingly preferring to opt for property ownership instead of a wedding day, it is understandable that the marriage rate in the UK is falling, though the statistics from The Marriage Foundation that 47% of women and 48% of men aged 20 will never marry really do throw the issue into stark relief. Until the UK starts building homes at a faster rate, it's a trend that looks set to continue, with the number of cohabiting couples increasing with each generation. Still, at least they will be cohabiting in homes that they own.