A Shot in the Arm

Until a few minutes ago, I thought the letters VHS meant Video Home System, one of the two competing video systems of my younger days.  The other was called Betamax, a coinage based on the Japanese beta-beta, "all over", but which sounded more like it was claiming only second place, like beta in the Greek alphabet.

VHS is now defunct, having outlived Betamax by a mere nine months, but a new meaning has sprung up to take over its duties as an acronym, which I have just heard on early morning telly.  VHS now stands for Vaccine Hesitancy Syndrome.  Presumably most people who suffer from this are totally bonkers, since the WHO views VHS as a global health threat.  (That's World Health Organization, not the other Doctors.)

Acronyms formed from initial letters are certainly useful, if for no other reason than the time and printing ink they save.  Why would anyone want constantly to refer to Tom A. Swift's Electric Rifle when they could just say 'Taser' and be stunned, I mean done with it.  Likewise, 'Self-Contained Underwater Breathing Apparatus' would just use up too much air, and I would donate and hurry on rather have UNICEF explained to me in full.

Some acronyms are quite exotic, and their everyday use supplants their actual meaning in the public's consciousness.  HSBC is the Hongkong and Shanghai Banking Corporation.  Porsche has been defined as Proof Of Rich Spoiled Children Having Everything.  And the word acronym itself is sometimes said to mean A Clever Re-Organization Nudges Your Memory.  Which reminds me - I wish I'd been a rich spoiled child.

In the normal course of events, I wouldn't be all that bothered by people whose wrong-headed views differed from my own carefully reasoned opinions.  Good luck to them, I would say, as they went off to dance barefoot in wet grass to celebrate the summer solstice or jumped into icy rivers on New Year's Day.  Chacun a son gout, as French port drinkers say. 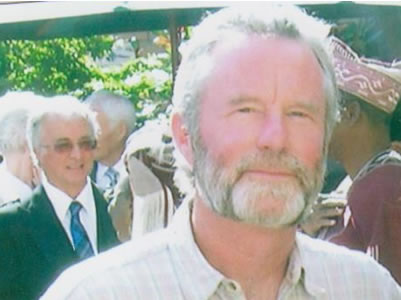 But the present circumstances are far from normal.  The anti-vaxxers endanger the rest of us, unfortunately.  Their denial of scientific, medical and statistical evidence is akin to disbelief that we (or some of us) landed on the moon.  They are the new Luddites, refusing to accept - or believe in - progress.  They probably still think Spam is spiced meat, or that the sun goes round the earth.  (Although admittedly that is a tough one to figure out.)  I bet they all still have Betamax recorders.

What should we do with the anti-vax brigade?  Reason with them?  Confine them to barracks?  Inoculate them while they're sleeping?  Sending them off somewhere together (Butlin's holiday camps?) might be counterproductive, like putting all the best escapers in Colditz Castle.  How can we escape them?  How long will it take for the refusniks to develop herd immunity to obtuseness?

I am a 74-year-old retired Scottish teacher and worked in (West) Germany, Qatar (I wrote the state English exams for 12 years), UAE, Cyprus and Hong Kong.  I wrote frequent articles for The Weekly Gulf Times, The Cyprus Weekly, The Cyprus Mail and the Dundee Courier.  I now live in Broughty Ferry.