As November approaches, there is increasingly only one question on the lips of Portuguese football fans. From Lagos to Albufeira, Faro to Tavira, that question is how far can Portugal go in Qatar?

If you go by the World Cup 2022 betting odds, then Portugal are joint 7th favourites, along with Belgium and the Netherlands, which seems realistic. Those odds and the facts suggest that Fernando Santos’ team - if things go their way, and they play to the very best of their capabilities – could have a successful or even very successful tournament.

The nation’s record in the sport’s foremost competition is not great, to be honest. A third place back in 1966 aside, the only recent highlight was reaching the semi-finals in Germany 2006, where they lost to the only goal of the game against France, after overcoming England on penalties in the quarters. Other than that, the five times Portugal have qualified, they have failed to get out of the group stage three times, and on the other two occasions have lost in the round of 16.

How they got there

Qualification was not straightforward, but the knockout nature of the play-offs will serve the team well in the tournament proper. Drawn in a group with Serbia, Ireland, Luxembourg and Azerbaijan, it was always going to be a three-way battle for top spot and the runner-up position which would guarantee a place in the play-offs. As it turned out, it was a two-horse race between Santos’ men and Serbia, with the Balkan nation just winning out. Portugal beat Turkey 3 – 1 which meant they faced North Macedonia, the surprise conquerors of Italy in their first-round play-off.  Portugal were far from dominant in the final, but an unanswered Fernandes brace saw A Seleção triumph. 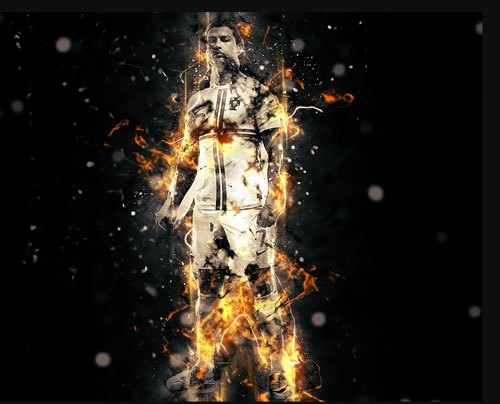 Who do Portugal play at the World Cup?

Portugal have been drawn in Group H, alongside Ghana, Uruguay and South Korea. As groups go, that is certainly one of the least difficult to get out of, though no game in the World Cup should be taken for granted. Portugal are currently ranked 9th in the world, while their group opponents are ranked 60th, 13th and 28threspectively. The top two teams in each group progress, and on paper at least, it would look like Portugal and Uruguay will be looking to secure those places, though a Korean team featuring Son Heung-min will always pose a threat.

How good are Portugal?

You don’t get into the top ten ranked teams in the world without being a very good side. They have shown in the Euros that they have the talent, and mentality to go all the way, and the European Championships are considered by many to be just as difficult, if not harder to win than the World Cup. In Ronaldo, they still have one of the best players in the world, even if he is in the twilight of his career. A criticism of Portugal in the past was that they relied on their talismanic number 7 too much, with plan A consisting of getting the ball to him at every opportunity and failing to have a plan B, C or D.

An ageing Ronaldo, coupled with other players able to stand up and be counted will be a huge benefit, making it far harder for other teams to set themselves up to neutralise their offensive threats. Whether any local talent will be on the plane to Qatar remains to be seen, but many players at Santos’ disposal will be picked from the biggest clubs in European football, including three from Manchester City, three from Manchester United, one from Liverpool, three from PSG and one from both Atlético Madrid and Milan. The future is looking bright for Portugal, and it is time that they showed just how good a side they are on the world stage. Qatar could be that time.