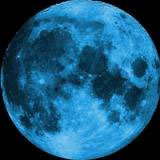 Look at the title. Pretty burning, correct? Is this man really trying to claim that the show on The CW Vampire Diaries' home may actually go toe-toe right, but now win with just about everything on science fiction TV?

Yep. A network which brought us outer space homeboys is becoming a hub of nerd culture, steadily and slowly. The Arrow may have created two certain DC Comics demonstrates that even the extended universe gleefully revels (minus large guys such as Superman and Batman). And no show shows how the CW is as bold as The 100. What came out from the door looked like another rip-off from the Hunger Games has developed became the most sure-footed, socially complicated television shows. Which other teen drama do the balls have to run with such a storyline wherein one love triangle member is committing war crimes?

Alerting: the phrases that obey, and also some less plot-heavy things about season three, will be enormous spoilers for seasons one or two. If that's a large deal for you, also watch The 100 Season 6 this show, but when you're finished, come back to this section. We'll wait.

To what the 100 is all about, here's a fast explainer. Humanity was poorly f***ed up, or destruction was mutually guaranteed. The earth’s surface is uninhabitable because of ambient radiation, and that for nearly a generation the survivors lived in an ad hoc space station named the Ark.

Only one issue: a century is indeed a long time to live in space, with dwindling funds. To survive, a resident of both the Ark institute a cruel criminal code: one crime, and through the airlock, you are thrown off into space to die slowly. Rather than being locked away before they turn 18, minors are spared this penalty, where the colony usually sells them anyway.

With so many incarcerated minors to be sent down to a Surface of the earth, the series opens to see whether beings may survive without the understanding or approval. The Ark was dying, that their only opportunity could be this hopeless act. It goes without saying that the children make mostly it fine, but don't die from radiation poisoning, and that's when things get tricky. You see, survived by other individuals. There are also the Grounders who has some inherent radiation resistance or created a tribal, primitive community, and there is the Mountain Man, a group of elites who managed to go to Mount Weather, a big fallout shelter until the bombs dropped.

The dispute between all the three organizations compounded once the Ark explodes or sends its components to the ground and also the adults drives those first few seasons motor. Episodes are full of treason, surprises, or brutality. Survival is really the only law of better and worse on its new Earth.

The biggest challenges for show-runners are to ensure that their stories are real in a universe that made sense. When you had plot lines that you have to see finished, it is sorely tempting to drag strings and to make things happen just because they have to. The most impressive things regarding The 100 is how small they resort to that. The universe where the show is ruthless with honesty deterministic, even if the bad things happened to the characters which we care.

In the first season of the show, some of the finest examples of all this came early. The early interaction of the group with the Grounders has been adversarial; it was apparent that the Grounders only protected their land and did not use lethal force. That suddenly shifts in the center of the season, as the children are under violent and sustained assault, apparently for no reason. But then again, it's the "seemingly" rub. Earlier, with the children on the floor, unable to Contact an Ark, engineer Raven has a plan to launch missiles at a space-specific signal. To close an episode, a felt-good moment of sheer triumph, they go away in glittering arcs. This is all that goes up should come down till we know. In such a Grounder camp, one of those missiles crashed landed, murdering dozens of innocent individuals. It is an act of war of any viewpoint, escalating the situation here between two organizations to deadly rates. It's a straightforward, credible, deterministic explanation: activities have implications, and it's difficult to pay for them.

That popular quote from Arthur C Clarke, "Some technique that is adequately sophisticated is indistinguishable from magic," is shown at the core of most television sci-fi shows. Calling the prop department is so simple to get them all to make you a MacGuffin, which handles plot disputes, waving it back with "science." Although the 100 takes place a decade into the future, the progress of March seems quite reasonable, especially given that most of mankind has been pushed back to the Stone Age.

The key conflict of that first season of the series was the scarcity of resources: the Ark can't support its population, even with rigorous rationing, the draconian judicial system, as well as a one-child-per-family system. Food cultivated in hydroponic gardens with higher efficiency runs out just like water or, most importantly, oxygen. Which scarcity is what drives the horrific moral decisions, from possibly sending 100 kids to their surface deaths of venting hundreds of adults into space, their suicide maintaining the colony afloat just for a few weeks. During the last minute, no one comes up with a plan and save the day. It's made this bed, and we don't sleep easily.

Even though in a hundred yrs science may have made no tremendous leaps, it also has the route of human consciousness. Sexuality and gender barriers which still hamper our society have slowly crumbled in space for 100 yrs, as well as how the show deals with this is intriguing.

One of the show's most interesting stuff is the treatment of gender. Clarke, a protagonist's closest thing to the show is a young girl, complete with all of the faults and shortcomings that teens have. But she is dedicated to her friends ' survival, but at the peak of a second season, she decides to murder hundreds of innocents people, such as children— to end the conflict with Mount Climate.