When I was twenty, I was given the unexpected opportunity to spend a month working on the legendary Bordeaux wine estate Château Lafite Rothschild, writes James Mayor

In London I had been working for the genial Richard who ran a direct selling wine company with the promising name of ‘Wine as You Like It’. London was a huge market of thirsty punters and we went for them with our range of cheerful wines. There was no doubt about it, they certainly ‘liked it’!

From Beaujolais Nouveau to Pauillac
Out of the blue, an opportunity suddenly occurred to take a break from pounding the London pavements with my samples. Through a family connection I was offered a month-long internship at the fabled Médoc wine property, Château Lafite Rothschild. In those days my palette could barely distinguish between a Beaujolais Nouveau and a Liebfraumilch in a blind tasting, I had no knowledge whatsoever of fine wines and a mere smattering of school boy French!

It was May 1979, the month in which Margaret Thatcher first became Prime Minister. Never mind, as I hurtled south towards Bordeaux in my red Mini, I had other more pressing preoccupations than to ponder the advent of the Iron Lady.

Vin de domaine and Proust
On my arrival at Château Lafite I was taken in hand by Monsieur P, the régisseur. Although Monsieur P seemed at first slightly austere, he and his wife turned out to be lovely people, kind and warm. I was invited to dinner several times in their house on the property, a meal usually accompanied by the vin de domaine, a wine not considered grand enough to be classified as Château Lafite Rothschild but which nevertheless to me tasted like nectar. I think this was the first fine wine I ever tasted and it has since lingered in my olfactory memory, like an oenological madeleine de Proust.

Gradually I was introduced to the different departments on the wine estate. The Château itself was cordoned off, reserved for rare visits by ‘Baron Eric’, the scion of the Rothschild dynasty responsible at the time for Lafite. I never so much as caught a glimpse of ‘Baron Eric’. One day Monsieur P took me out into the vineyards and I was allowed to plant a vine plant, a great honour! I have often wondered since what became of ‘my’ Lafite vine plant. I do hope it has distinguished itself!

On my day off I drove into the city of Bordeaux. This was long before Alain Juppé’s time as Mayor and Bordeaux had not yet recovered its eighteenth century glory nor been listed as a UNESCO World Heritage Site. Many of the magnificent town houses were black from soot and several areas seemed very down at heel indeed.

On the last day of my internship, Monsieur P thanked me warmly for my services to the Château. I felt slightly overwhelmed by this, particularly when the régisseur pressed three bottles of Lafite Rothschild into my arms! I stowed these trophies carefully away in the boot of the Mini, wrapped in some dirty laundry.

Several years later I ceded to temptation and tasted a bottle. The bumpy ride back to London had done nothing to impair its splendour, surely the sign of an exceptional wine. 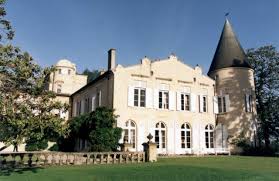