Explosion at Birding in Portugal 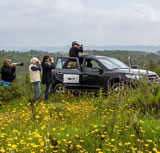 The Sawday’s guide to extraordinary and legendary places has picked Quinta do Barranco de Estrada on the Santa Clara reservoir as the place for birders to stay if they want to get the best of a ‘Spring birdlife explosion.’

The boutique travel guide, Sawday’s, “still looks for authenticity, warmth and character, places that embody the slow life and where hours of love have been poured into the tiniest detail to create those simple, personal joys that make something truly special.”

This is perfectly in tune with the Lower Alentejo business run by the McClintock family from the Paradise in Portugal lodge where birding legend Frank McClintock established his base in 1987 and started Birding in Portugal in 1993, with the first website following six years later.

Sawday’s correctly describes the Alentejo as “a huge tract of Portugal, stretching from above Portalegre in the north almost to Faro in the south. It’s a sparsely populated area, largely free from modern farming and pesticide usage, making it a pristine habitat for the wealth of resident bird species and a perfect stop on the way south for many more.

“In Spring, great swirls of colourful wildflowers carpet the hills, the wetlands attract vast flocks of migratory birds and the whole region sings with life.

“During March, April and May, standout native species such as the Great Bustard, Stone Curlew, Montagu’s Harrier and Bonelli’s Eagle are joined by herons, egrets and numerous other species returning from warmer climes.

“If you can’t make it for spring, the Autumn raptor migration, when thousands of birds of prey head south, is also a stunning sight to see.”

“Quinta do Barranco de Estrada right in the centre of Alentejo near Padrona, can take you out on birding tours and help with naming the various species as well as putting you up in his lakeside B&B.”

McClintock takes around 50 groups a year on bird outings: as delighted to see a Great Bustard on the high plains as a Kingfisher guarding a local stream.

As the Algarve complains of a lack of tourists this year, the Paradise in Portugal lodge, just over the Algarve border in the Lower Alentejo - with a view of the Serra de Monchique - is booming -

“This year is going very well, despite the downturn of British tourism as we have been actively pursuing the French, German and Scandinavian markets ever since the disastrous Brexit vote.”

Clearly a Europhile, McClintock is keenly aware of the respect and responsibility he has locally, with Portuguese families dependent on the success of his business and the overall growth of nature tourism -

“We have been leading lights in promoting Nature Tourism in southern Portugal ever since we started here, trying to show that Nature Tourism is an efficient way of bringing money into the interior of the country and of stopping the drift of youngsters to the coast and abroad, and that this is possible without having to depend upon grants.”

Frank has put his energy, his years and his hard-earned money into building up the business – his enthusiasm remains infectious, “I put my money where my mouth is and have built the Quinta and the Birding in Portugal business from scratch and without any grant or help in any manner from any entity.”

That is not to say that it hasn’t been difficult at times, "We didn’t make a profit for the first 20 years," as investing in facilities ate up every surplus escudo and cent.

Tips for wannabe tourism business owners, “If we can do it, having started with literally, nothing, then anyone can do it. It simply needs commitment and a little graft … and that’s quite enough of blowing our own trumpet!”

The Sawday’s guide selected this birding business as one of ‘Europe’s top wildlife experiences’ along with ‘Blue whale migration in The Azores’ and ‘The return of the Lynx to Andalucia, Spain.’

It's fair to say that Frank McClintock and family have given their all to this business and more than fair to applaud the Sawday's accolade as well deserved recognition. 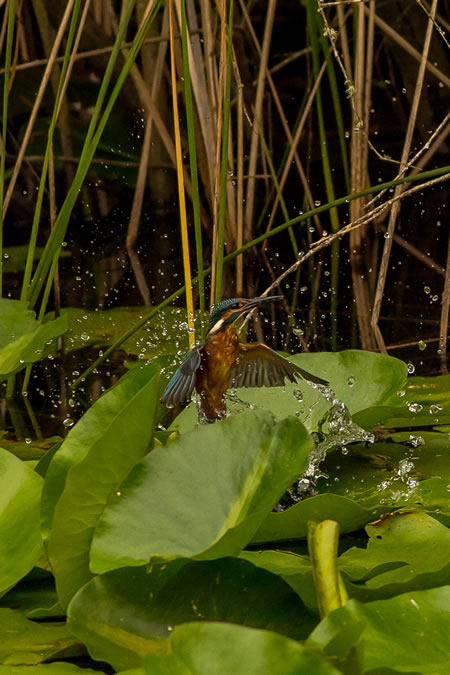