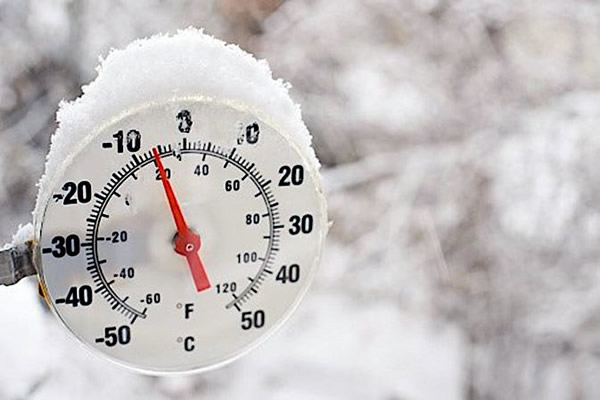 The meteorologist from the Portuguese Institute of the Sea and the Atmosphere (IPMA) have said that a yellow warning has been issued for all 18 districts of the continent.

“We have warnings in all districts until the 6th (Wednesday) with the exception of the Algarve, which will have relief from tomorrow. It is likely that in some districts the warning will last longer, until the end of the week, at least in those in the north and center areas, and I would even say maybe until the weekend”, she said.

According to the meteorologist, this situation is due to the transport of a mass of cold air associated with a predominant flow from the northeast.

“Temperatures are below average values ​​for the time of year and in some places they are contributing to a cold wave, but it is not likely that our network of IPMA stations will experience a cold wave because it breaks on the 7th [Thursday] in some locations. There are not six consecutive days when the minimum temperatures are five degrees below the average, ” she explained.

According to Maria João Frada, the cold weather situation is expected for this time of the year.

With regard to maximum temperatures on the continent, the IPMA meteorologist said that they are also going to be very low.

“They will not exceed 10 degrees in most of the country. It will be a little higher on the south coast of the Algarve, around 12/13 degrees . In the north and center interior, namely in the northeast of Trás-os-Montes and Beira Alta, they will be below 6 degrees”, she said.

As for minimum temperatures, according to Maria João Frada, they will vary between -3 and -6 in the northeast of Trás-os-Montes and Beira Alta and between 5 and 7 in the Algarve.

Maria João Frada also said that some cloudiness is expected as of today, which will be more persistent on Wednesday with the entry of a mass of warmer and humid air coming from the south that will bring periods of rain to the Lower Alentejo and Algarve.

"An intensification of the wind in the east quadrant is also expected, which increases the feeling of cold, and maritime agitation on the south coast of the Algarve until Thursday," she said.

As for Madeira, which on Monday was under red warning, the most serious, due to precipitation, Maria João Frada said that the rain episodes will return on Wednesday.

“Today it is a little calmer, but on Wednesday we will have another episode of rain or heavy downpours that may be accompanied by thunderstorms, especially in the early morning and until the end of the morning, with a yellow warning. We will also have strong wind, and an orange gust warning can be issued ”, she said.

+10 #2 Brook 2021-01-10 00:38
The temperature doesn't normally go this low in the Algarve and for this long, looking forward to the thermometer gauge rising again.
Feel concerned for people on low income that have to work from home or remain at home due to unemployment because of the pandemic, they will need extra fuel to keep warm.
0 #1 Peter Booker 2021-01-07 09:33
"According to Maria João Frada, the cold weather situation is expected for this time of the year." Known in military circles as BGO, a blinding glimpse of the obvious.
Refresh comments list