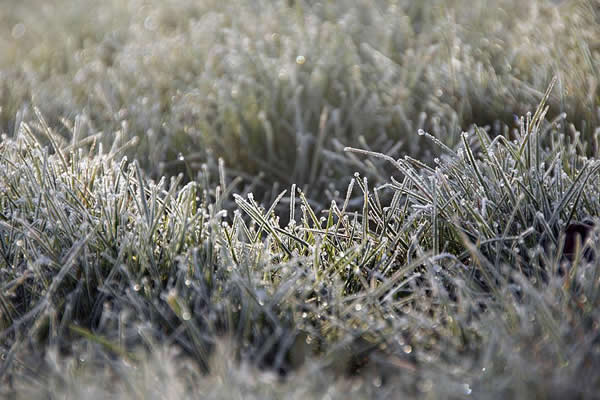 The Portuguese Institute of the Sea and the Atmosphere (IPMA) have extended the yellow weather warning until Wednesday, due to the forecast of cold weather.

Until 07:00am on Wednesday, the districts of Porto, Faro, Setúbal, Santarém, Viana do Castelo, Lisbon, Leiria, Aveiro, Coimbra and Braga remain under yellow warning because of the cold weather, causing low minimum temperatures.

The yellow warning, the third least serious, is issued by the IPMA whenever there is a risk situation for certain activities dependent on the weather situation.

According to the IPMA, the cold weather, which is expected to remain until the end of the week, is caused by an anticyclone located in northern Europe, extending in a ridge to the Atlantic, carrying "a cold continental air mass for the Iberian Peninsula”.

Today, in the Algarve region, the minimum temperature should vary ​​between 10 and 15 degrees, with overnight temperatures as low as 0 degrees in some areas.

Further north, they will see approximately between 0º and 5º degrees Celsius, being lower in the interior North and Center, where it will drop to values ​​between 0 and -6º degrees overnight.

Due to the meteorological situation, the National Authority for Emergency and Civil Protection (ANEPC) warned of potential risks, namely “poisoning by inhaling gases, due to inadequate ventilation in homes where heating such as fireplaces and wood burners are used”, as well as fires due to “misuse of electric fireplaces and heaters or faulty electrical circuits”. Heating devices can cause intoxication due to the accumulation of carbon monoxide and lead to death, so ensure adequate ventilation of dwellings. Avoid the use of heating devices during sleep, always turning off any appliances before going to bed and not overloading electrical outlets and/or extensions.

The ANEPC (National Authority for Emergêncy & Civil Protection) calls for special attention to the most vulnerable population groups, children, the elderly and people, and the homeless population.

They suggest "minimising prolonged exposure to the cold, avoid sudden changes in temperature to keep the body, use of several layers of clothing, and protection of the extremities of the body. Warm and non-slip footwear, as well as  soups and hot drinks."