This weekend the European Le Mans Series returns to the Autódromo Internacional do Algarve following an absence of seven years. The three day event culminates with the season grand finale on Sunday when 96 drivers representing 21 nations will begin the title deciding clincher.

The 4 Hours of Portimão is the last event in the six event series, an endurance race around the 4.684km circuit, will see 35 cars lined up on the starting grid. Both the team and drivers titles across all three classes remain undecided so with the six titles up for grabs the race promises to be full of action and drama.

A quick guide to the classes and who to watch 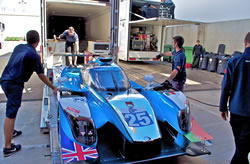 In the LMP2 (Le Mans Prototype 2) class local support will be focused on the no.25 Algarve Pro Racing's blue Ligier-Gibson. The Guia based team features three drivers from France, USA and Italy and whilst out of the title challenge will be hoping to score some good points at their home circuit.
LMP2 cars will are equipped with Gibson Technology 4-litre, V8, 600bhp engines used since 2016 24 Hours of Le Mans and make a lot of noise.

A vocal crowd is expected to be putting their support behind local hero Filipe Albuquerque, the World Endurance drivers no.32 United Autosports Ligier with teammates Swiss Hugo de Sadeleer, American Will Owen are in a two-way fight with the Russian teams no22 G-Drive Racing Oreca although need to secure a third victory to stand any chance of closing the 18-point deficit to take the title. 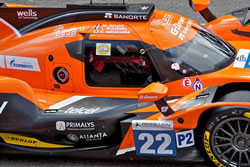 The no22 G-Drive Racing Oreca will once again be crewed by championship leaders Memo Rojas and Leo Roussel, with the Franco-Mexican duo being joined by Japan’s Ryo Hirakawa for the fourth time in 2017. The Russian team have one win and four second places to their credit in 2017 and another podium finish will be enough to secure both titles.

Like the LMP2 class, the race to the LMP3 (Le Mans Prototype 3) titles has become a two horse race between the reigning champions, the all American United Autosports team, and the all French M.Racing-YMR team, run by the former multiple FIA World Touring Car Champion, Yvan Muller.

The Americans Sean Rayhall and John Falb have a 19-point advantage over their rivals after scoring four podiums, including two wins at Silverstone and Le Castellet. 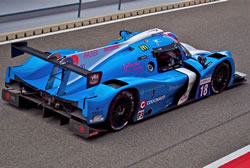 Alexandre Cougnaud, Antoine Jung and Romano Ricci's no.18 V8 Nissan powered car has racked up three podium finishes although have yet to secure that elusive victory, the French trio know that winning in Portimão is the only chance they have of securing the title.

The final class making up the grid, the LMGTE (Grand Touring Endurance) cars are part of the tradition of endurance racing. A GTE (E for Endurance) must be based around a production road car of which 100 examples have been built, 25 for a small manufacturer and 300 for a carbon chassis model.

The race version must retain the shape of the road-going model from which it is derived and will see Ferrari 488 GTE, Porsche 911 RSR 991 & Aston Martin Vantage V8 racing head to head in the final encounter in Portimão with just one point separating the top two cars and with five of the six cars still mathematically able to win the title. 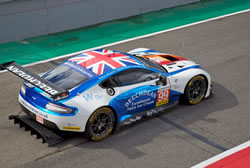 The 2016 ELMS LMGTE Champions Andrew Howard and Darren Turner have an outside chance of retaining their title in the no.99 Beechdean AMR Vantage.

The action packed weekend also includes extended support races in the form of the Michelin Le Mans Cup and the Portuguese Touring Car Championships who will be racing 4 times, plus an F1 exhibition by Brabham, so if you have the time why not head up to the track this weekend, plenty of tickets available at just 10 Euros which includes paddock access.