Former World Number One Lee Westwood and fellow past champion Andy Sullivan will tee it up alongside compatriot Eddie Pepperell at Dom Pedro Victoria Golf Course when the Portugal Masters returns to Vilamoura from October 24-27. Westwood will be making his first appearance at the event since winning what was his 30th professional title ten years ago, while Sullivan secured his third European Tour victory at Dom Pedro Victoria in 2015 when he finished nine strokes clear of the chasing pack.

In 2009, Westwood ended a two-year wait for a European Tour victory as he finished two strokes ahead of Francesco Molinari after carding his third six under par round of the tournament for a 23 under par total. The win sparked a rich vein of form which saw him win the Race to Dubai that same season and then become the first Englishman since Nick Faldo in 1994 to become World Number One the following year.
“I have some happy memories of Dom Pedro Victoria after winning there in 2009,” said Westwood, who had 26 top-ten finishes between his 2007 British Masters title and his Portugal Masters victory. “There had been a few close calls between those two wins, so I was really pleased to get over the line in Portugal.

“A lot of players talk about how this tournament has gone from strength to strength over the last few years; I’m looking forward to coming back and seeing how the tournament has grown. It also gives me a great opportunity to tune-up ahead of my defence of the Nedbank Golf Challenge, so I’m excited for the week.” 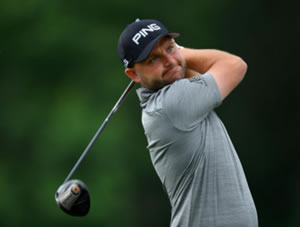 Sullivan, who was a teammate of Westwood’s at The 2016 Ryder Cup at Hazeltine, was denied back-toback Portugal Masters titles in 2016 when he finished just one stroke behind champion Padraig Harrington.
“The Portugal Masters is an event I always look for when the schedule is released,” said Sullivan. “It’s a great event and it’s always nice to return to a course where you’ve won before. I always bring my family to the event as they love it as much as I do – and it never hurts to have some extra support whilst competing.

“This tournament gives us an opportunity to start building some momentum ahead of the final three events of the year. I really want to end the season strongly and this event provides the platform for that.”

Two-time European Tour winner Eddie Pepperell has also confirmed he will return to Dom Pedro Victoria later this month as he looks to maintain his position inside the top 50 of the Official World Golf Ranking.